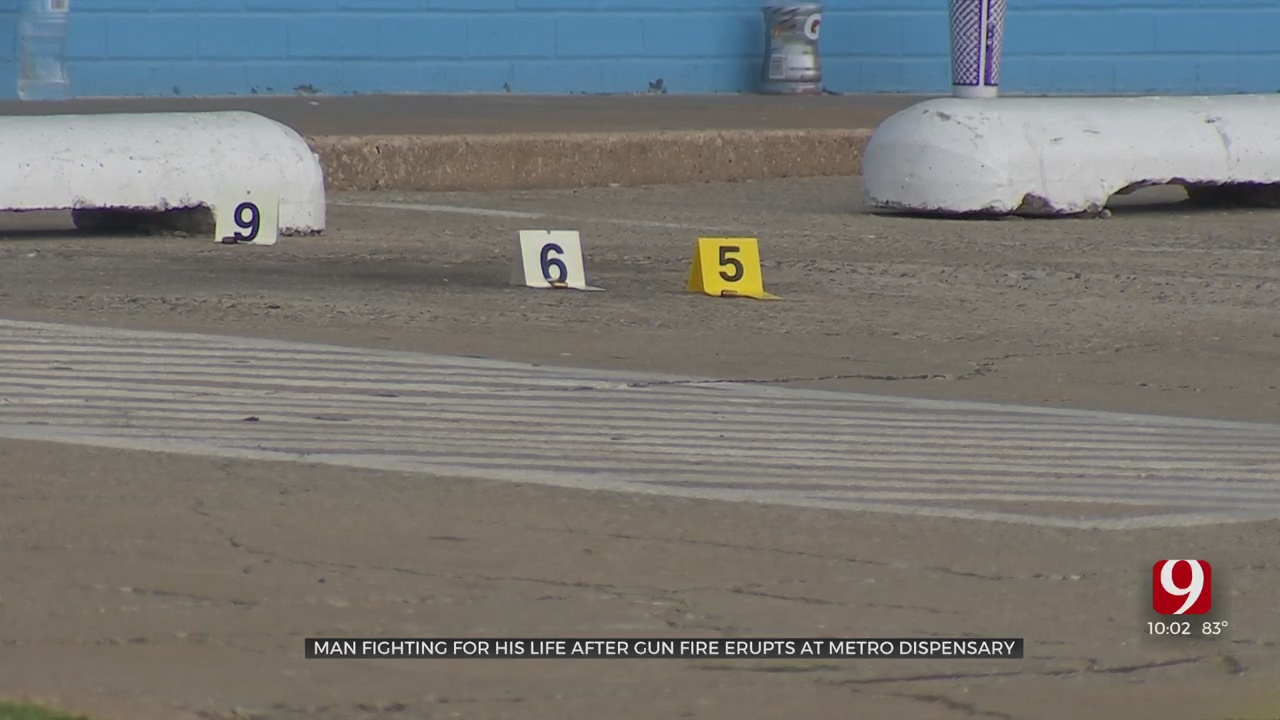 A man is now fighting for his life after a fight in a crowd turned into shots fired.

Dispatchers were first alerted just before 3 p.m. Sunday of a shooting at Cookies Dispensary where a crowd was gathered for a concert.

"Officers say there were close to 30 to 60 subjects outside," Oklahoma City Police Department Capt. Jermaine Johnson said. "The establishment was actually having a rap concert."

According to police, with the concert in full swing, two groups of men began arguing. Minutes later, gunfire and chaos erupted.

"We have one subject that was hit," Johnson said. "He was in critical condition, but he is out of surgery, so he is stable."

Authorities said they have one man in custody, but they're still piecing together evidence and looking for others who they believe were involved.

"We're trying to make sure that everyone who is involved in this will be brought to justice," Johnson said.