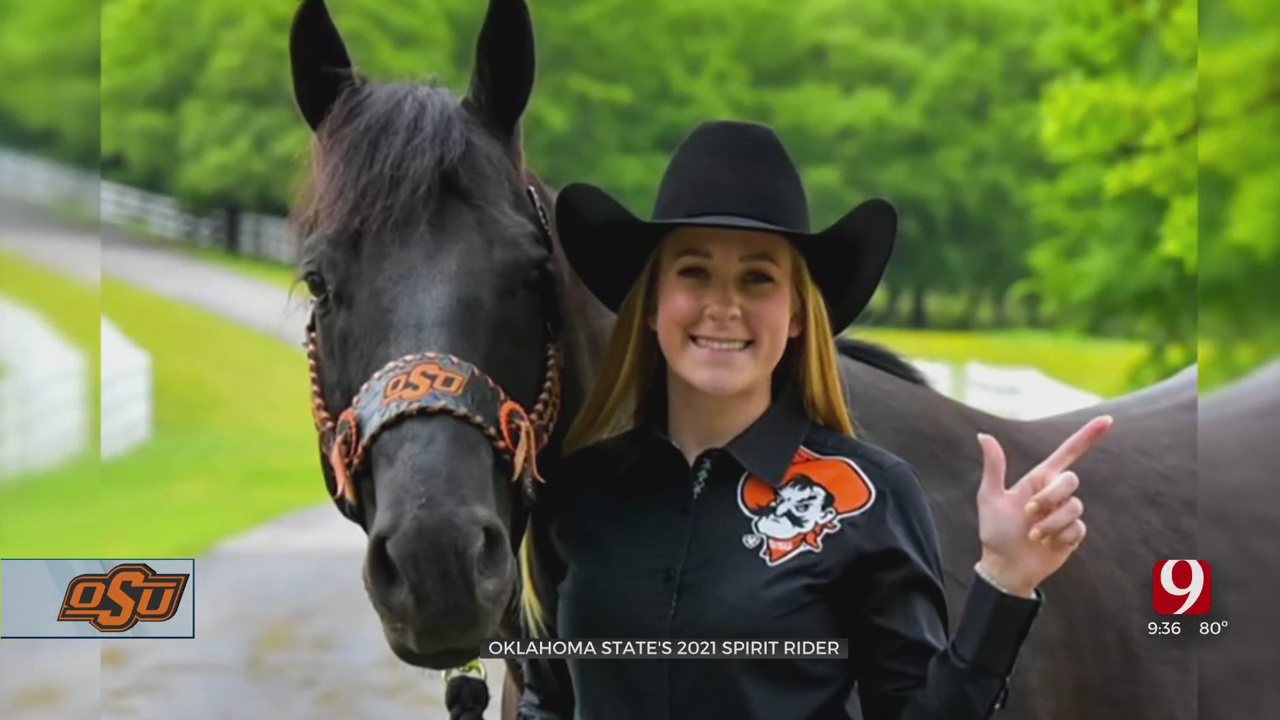 Cadlyn Smith is living the dream of a lifetime for an Oklahoma State student. Smith will have the opportunity to guide Bullet through Boone Pickens Stadium to the sound of 60,000 roaring fans this fall.

Smith carries on a tradition of women on Bullet's saddle.

Before Merritt native Smith learned she was named the Spirit Rider, she was Miss Oklahoma Rodeo Queen in 2017.

"It was kind of something natural growing up," Smith said.

She was also a barrel racing star in high school and a dreamer true to her Cowgirl roots.

"That has been on my watch face for the past two years since I took that picture," Smith said.

That picture represented a dream. It’s a symbol that's rallied fans on game days since the Spirit Rider was officially recognized in 1984.

"People come with their kids not even to see the game, to see Bullet," Smith said. "So they have the stuffed animals, they read the books. That it's maybe their first or maybe it's their fifth time to meet this horse, and the magic is still the same."

Smith had felt that magic since her first day in Stillwater, putting in work only a Spirit Rider would require.

"Riding different horses, carrying flags, and working on getting the experience I needed," Smith said. "I joked with my mom, saying, 'I'm not graduating until I become a Spirit Rider.’”

Smith’s hard work paid off when she awarded Spirit Rider status back in April.

"Next month, I will travel to the ranch, which is three hours away from my hometown where I'm living this summer,” Smith said. “I will ride him three days a week and get him in tiptop shape for football season."

In just a few months, it will be time to hit the turf. The Cowboy faithful will cheer for Smith on Bullet's back.