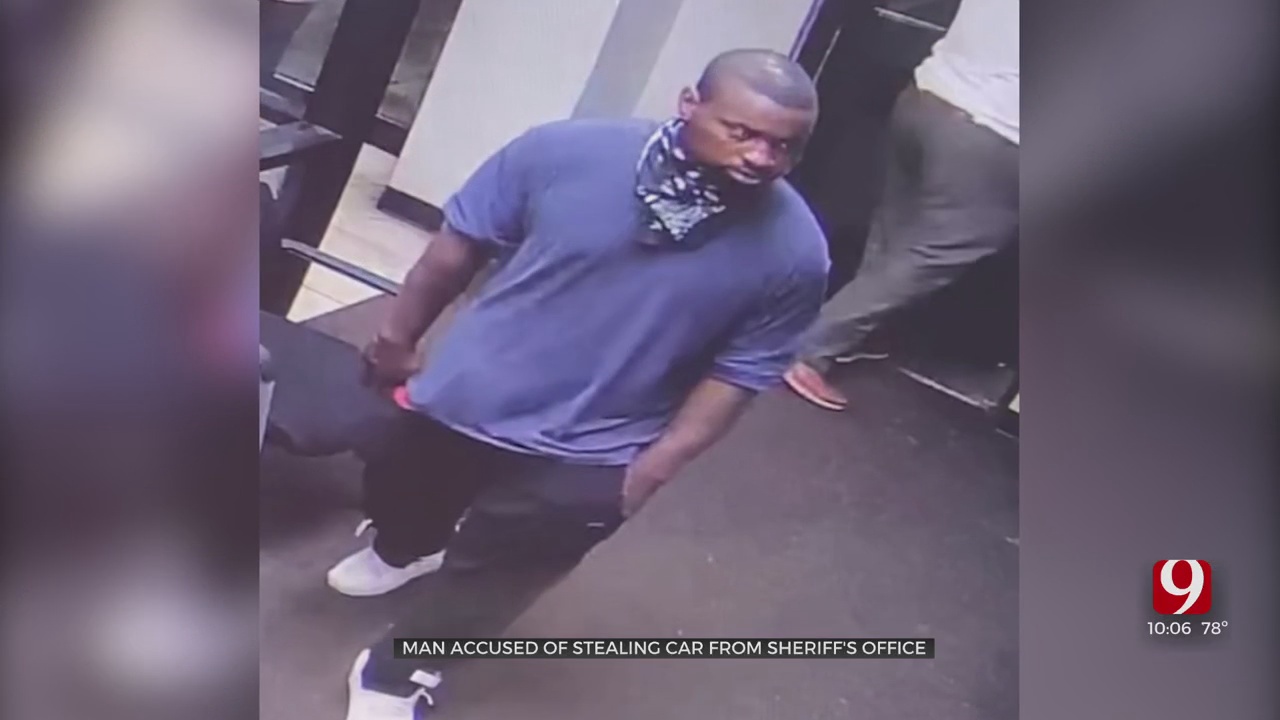 The Oklahoma County Sheriff’s Office hopes somebody recognizes a man accused of breaking into vehicles and stealing an employee’s personal vehicle at the Midwest City Substation.

Around 9:45 p.m. Monday night, deputies said a man was seen breaking into several vehicles at the substation located at 8029 SE 29th Street in Midwest City.

“There are literally police cars all over the place and this guy is going from car to car trying to find cars that are unlocked to steal loose change to steal charging cords or whatever he can get his hands on,” said Aaron Brilbeck, Public Information Director for the Oklahoma County Sheriff’s Office.

“He took her purse and had credit cards in it, he used those credit cards several different places,” Brilbeck said. “We’ve got some pictures of him where he was trying to buy gift cards over at local gas stations. They refused to sell him the gift cards.”

The employee’s stolen 2018 Red Dodge Charger has yet to be recovered.

It’s the brazenness of the suspect they can’t get over, deputies said.

“Given the pictures that we’ve got of this guy, they’re crystal clear, I’m hoping that we get a resolution to this very quickly because we certainly want to talk to this guy,” Brilbeck said.

If you do recognize the man the Oklahoma County Sheriff’s Office is looking for, they ask that you message them on Facebook or give them a call at 405-713-1000.