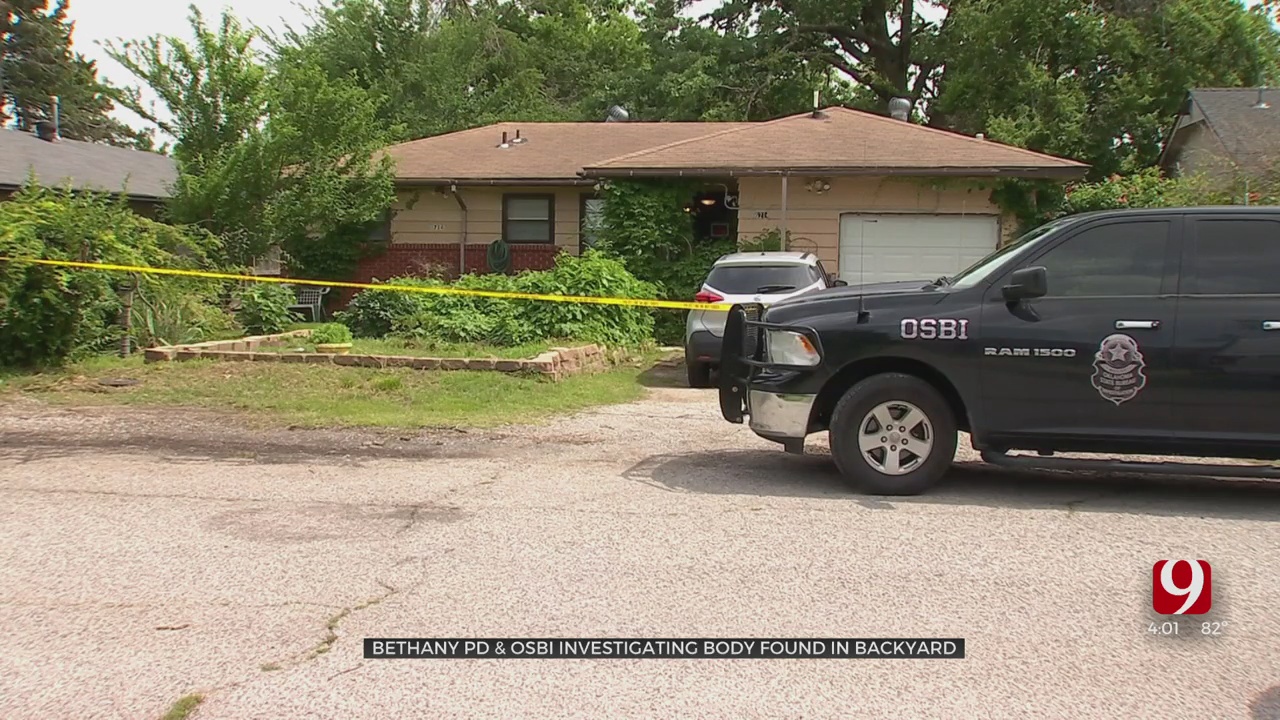 Bethany police are trying to figure out what happened to a person found dead in the backyard of a residential neighborhood.

Neighbors were left worried Monday morning when they woke up to police up and down their block of NW 31st St. near Mueller Ave.

"A little scared of what happened," neighbor Kimberly Wilkerson said. "I don't know if it was an outsider that did something. Someone from this street..."

Police still don't know the name of the person found.

"So right now, because of the decomposition of the body that was found we are unable to get a positive identification of the person," said Lt. Angelo Orefice, Bethany Police Department.

Orefice said the body could have been there between six weeks and two months.

After looking into the homeowner, News 9 was able to speak to a relative.

The family member that spoke with News 9 said the original owner recently passed away. He said he was clearing out the backyard when he found the body and called 911.

The relative said he feared his schizophrenic son killed another family member who has been missing. He also said his son was already in custody.

Bethany police would not confirm the information, but they said they're very familiar with the home.

Officers said just in 2021 police had responded to around 20 calls at the home.

The family member said he has called police frequently because of his son's behavior and that's why he wasn't living at the home.

Police said no arrests have been made and the investigation, now involving the OSBI and the medical examiner, is just beginning.

"I can't give any specific information as far as the investigation just because we haven't been able to determine a cause or manner of death," said Orefice.

Bethany Police said they don't know how long it will take until they have new information from the medical examiner.