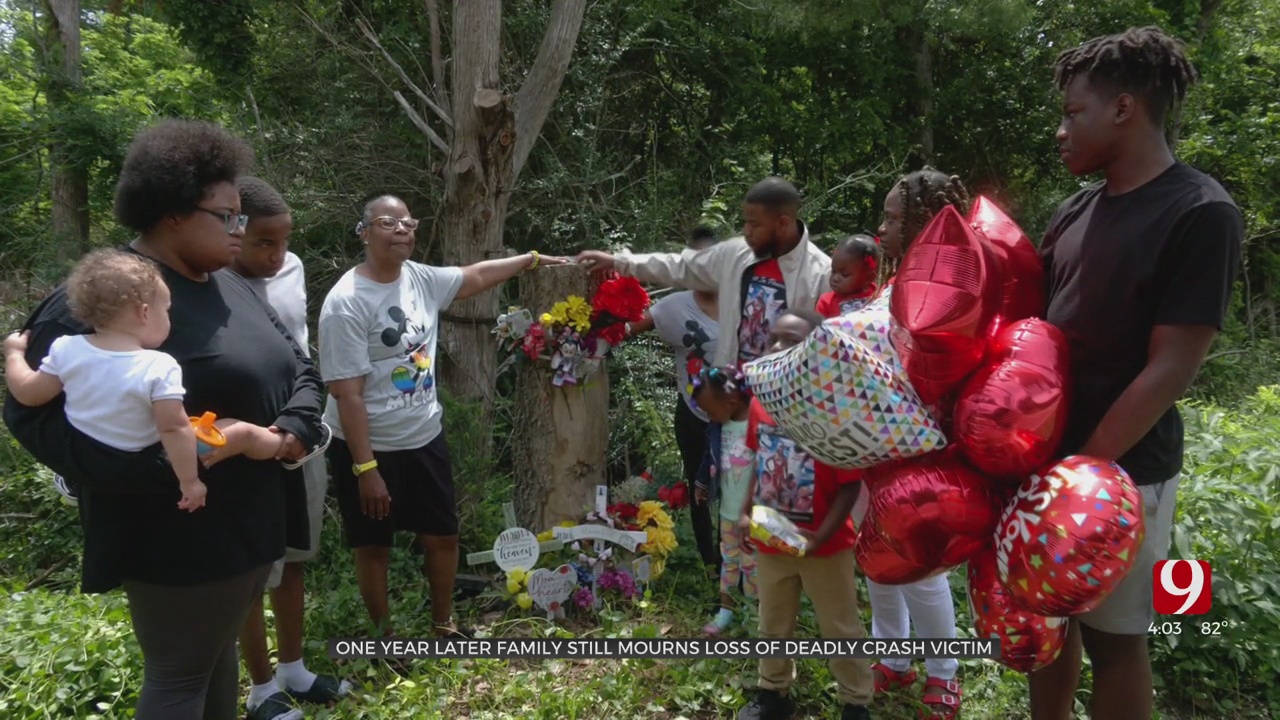 The family of a woman killed in a crash is still searching for justice, one year later.

Nakia Johnson died in a crash in northeast Oklahoma City, on Kelley Ave between NE 54th and NE 50th.

"It's just an unreal feeling. This area, it brings back a lot of pain," said Nakia's daughter, Janiqua Johnson.

Johnson's family gathered at the crash site, where they laid flowers and crosses next to crash debris that still littered the ground.

"We didn't get to say goodbye. We don't have anything to remember her by. Nothing but memories and that's all we're left with," said Johnson.

She said one of the hardest parts about her mother's death, is the thought that some of Nakia's grandkids will never get to know her mother's love.

"The two youngest ones, we don't really have pictures with my mom because they were, like kind of born as soon as she passed."

Nakia's family said they're also angry that the man who was behind the wheel that night, Nakia's boyfriend Sterling Jackson has been out of jail for almost a year now.

"He's still been out living his life and so has everybody else, and she's gone," said Johnson.

Jackson was charged with leaving the scene of an accident, but Johnson's family believes he's responsible for much more.

Nakia's mother, Janette said they think he crashed on purpose and jumped out of the car before impact. She pointed out the state of the car as proof he wasn't in it.

"That vehicle was torn in one, two, three, four pieces. The roof was gone. Where she sat at, that was all gone. The side was smashed in. The back was gone."

Police said Sterling was in the car at the time and he was injured from the crash; but Johnson's family is still asking people who may know something to say something.

"Speak up and come forward on what really happened to her that night because regardless of what happened to her, she didn't deserve it," said Johnson.

Jackson is set to be back in court in early July.