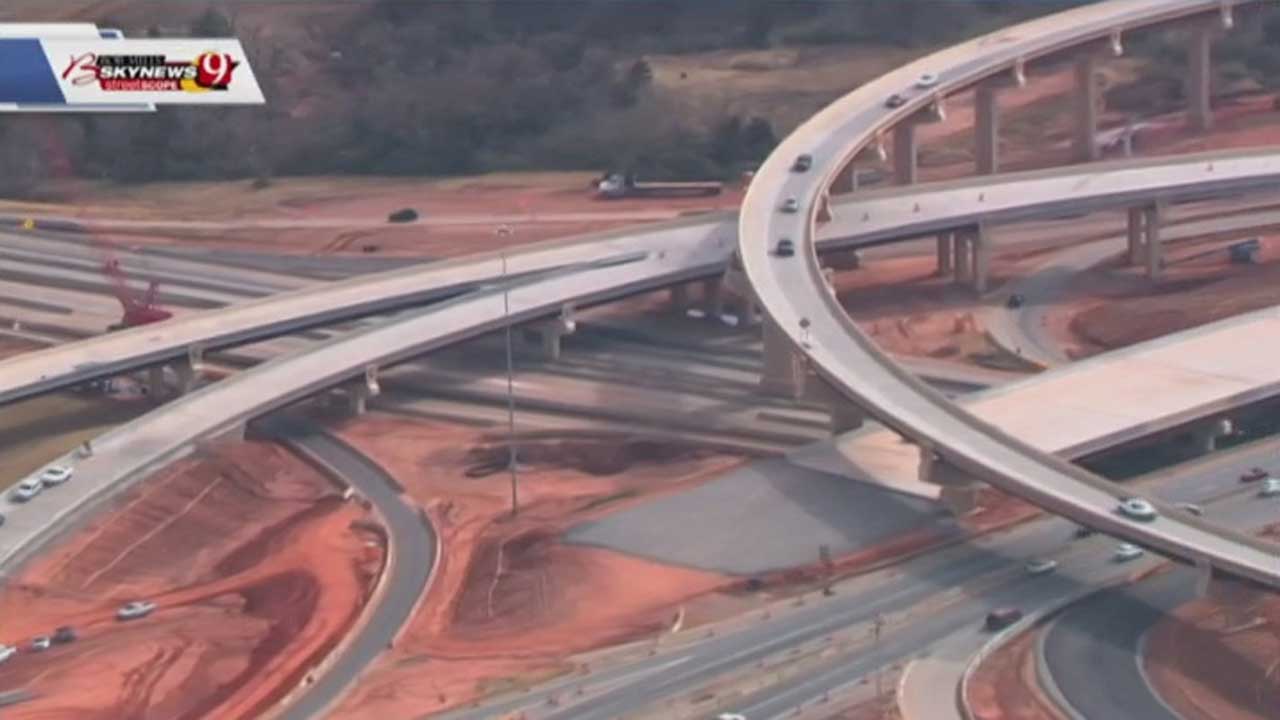 Drivers on southbound Interstate 235 can expect lanes shifted further to the left this week.

Crews worked over the weekend to shift southbound I-235 onto new pavement on the east side of the highway. This will allow crews to continue construction on new bridges going over Interstate 44 and demolish some older ones.

In total, there are 11 bridges in the project, and the Oklahoma Department of Transportation considers this the last big milestone for the three-year off-Broadway construction plan.

When rush hour hits Monday morning, ODOT is warning drivers to be aware of the changes on the Broadway Extension, especially heading southbound. They also said to prepare for some possible delays

"But it's still going to be a really busy construction zone with a lot of distractions, and so we encourage motorist to really pay attention to that speed limit," said Lisa Shearer-Salim from ODOT. "Take it easy, plan enough time to get through there safely."

ODOT said the good news with the project is there will be no more major closures if everything goes to plan.

However, drivers this summer will continue to see some lane shifts until construction is completed in the fall of 2021.

ODOT is encouraging drivers to keep using alternative routes on I-35, I-44, and the Lake Hefner Parkway to avoid the construction zone.