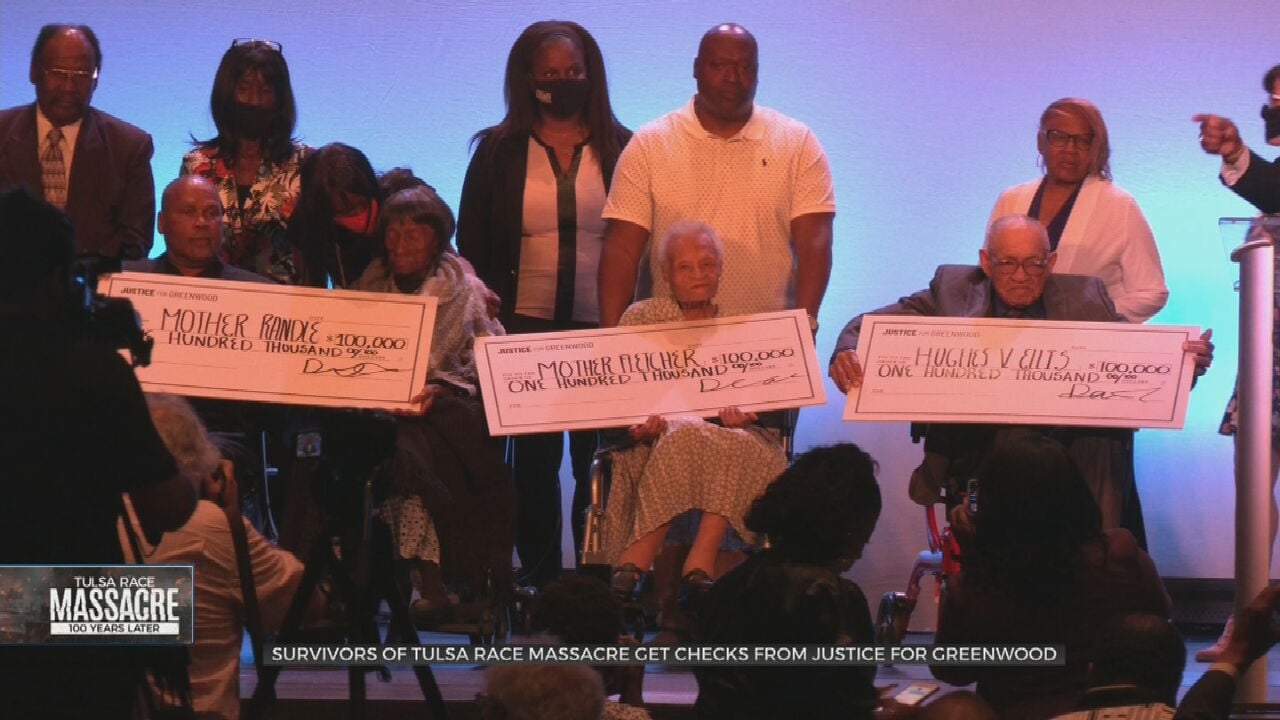 With the week of events to commemorate the 1921 Tulsa Race Massacre Centennial coming to an end, the Justice for Greenwood Foundation has announced it has given money to the three living survivors.

Each of those survivors has received a $100,000 check from the Foundation who said it is just one step in trying to right that wrong from 100 years ago.

This was made possible due to the Justice for Greenwood Foundation, Colors of Change, and worldwide fundraising efforts that have come together to raise money for the survivors of the massacre.

“We are immensely proud to play our role in rectifying these injustices,” said Damario Solomon Simmons, Founder and Executive Director of Justice For Greenwood Foundation. “Nothing can undo the immense pain inflicted upon the remaining survivors of the massacre, but alleviating their current financial burdens inflicted not only by the massacre itself but subsequent systemic racism is the least we could do for them as we continue to push for reparations. Now, we must work to ensure their stories are told, confronting our past and learning from it, to ensure we actively challenge enduring injustices.”

Mother Fletcher, Mother Randle, and Hughes Van Ellis all received their checks Thursday at an event where the foundation said these “payments mark an important step in the long-overdue path toward justice and as an act of resistance to the city’s continued efforts to erase Greenwood’s buck community and history”.

Ahead of the centennial anniversary of the Tulsa Race Massacre, racial justice organization Color Of Change launched a campaign in an attempt to hold the city of Tulsa accountable for its failure to address one of the worst incidents of racial violence in American history. The campaign combats the city’s continued efforts to erase Greenwood’s Black community and history, with over 20,000 members signing on in support.

They said that “anything short of compensating the survivors is a clear failure in leadership.”

This is the only major compensation the survivors have received after what they went through and lost 100 years ago this week.