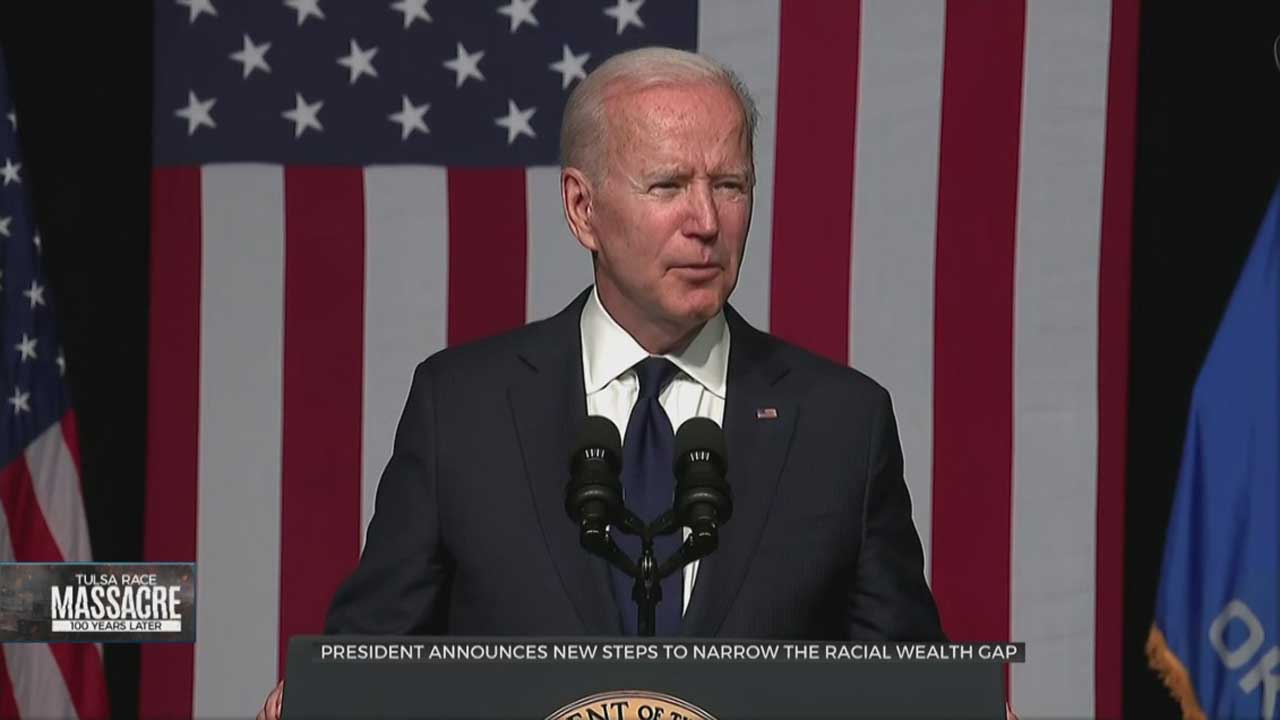 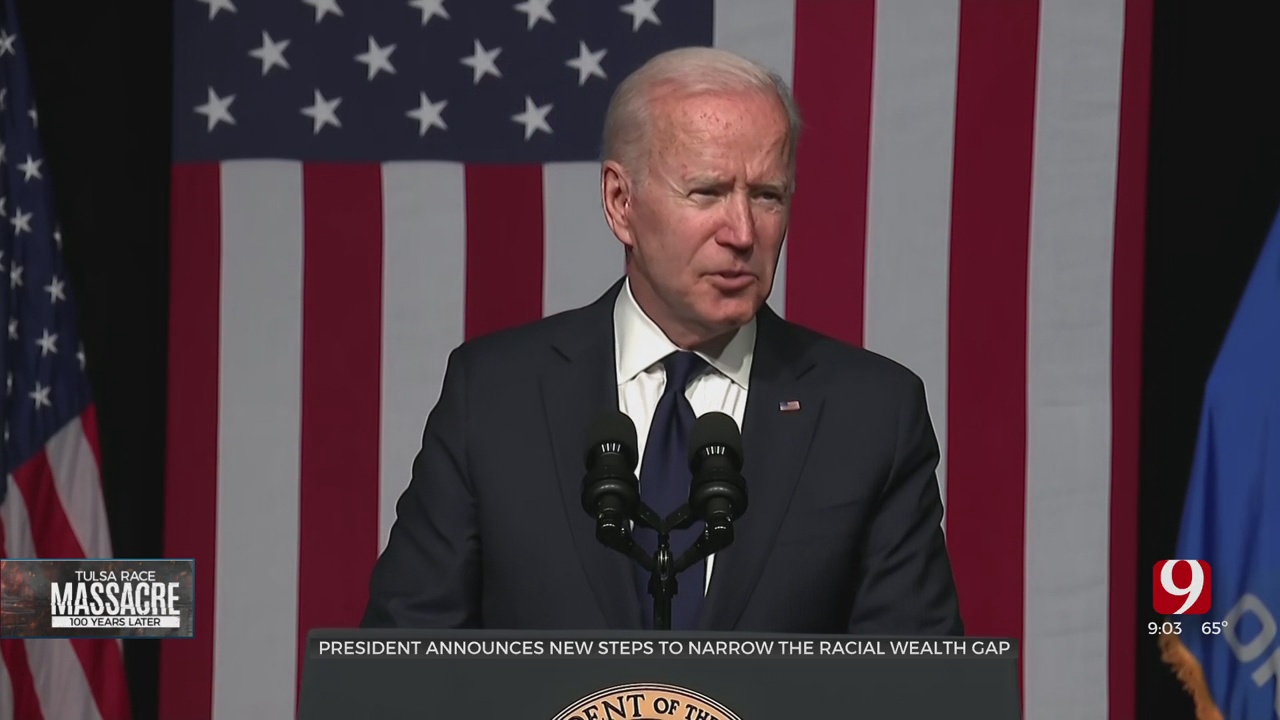 While he was in Tulsa, President Joe Biden announced steps to try and narrow the racial wealth gap. This happened after he met with survivors of the Tulsa Race Massacre.

In his plan, the president talked about increasing "federal purchasing power" to help grow small, disadvantaged businesses by 50%.

Eventually, that will turn into about $100 billion in the next five years.

The White House said it would include $10 billion in a community revitalization funds to support infrastructure projects, specially targeting underdeveloped communities.

The president also discussed racial discrimination in the housing market. Biden said owning a home is the main source of wealth for people of color in the U.S.

"My administration is launching an aggressive effort to combat racial discrimination in housing. That includes everything from redlining to the cruel fact that a home owned by a black family is too often appraised at a lower offer than a similar home owned by a white family," Biden said.