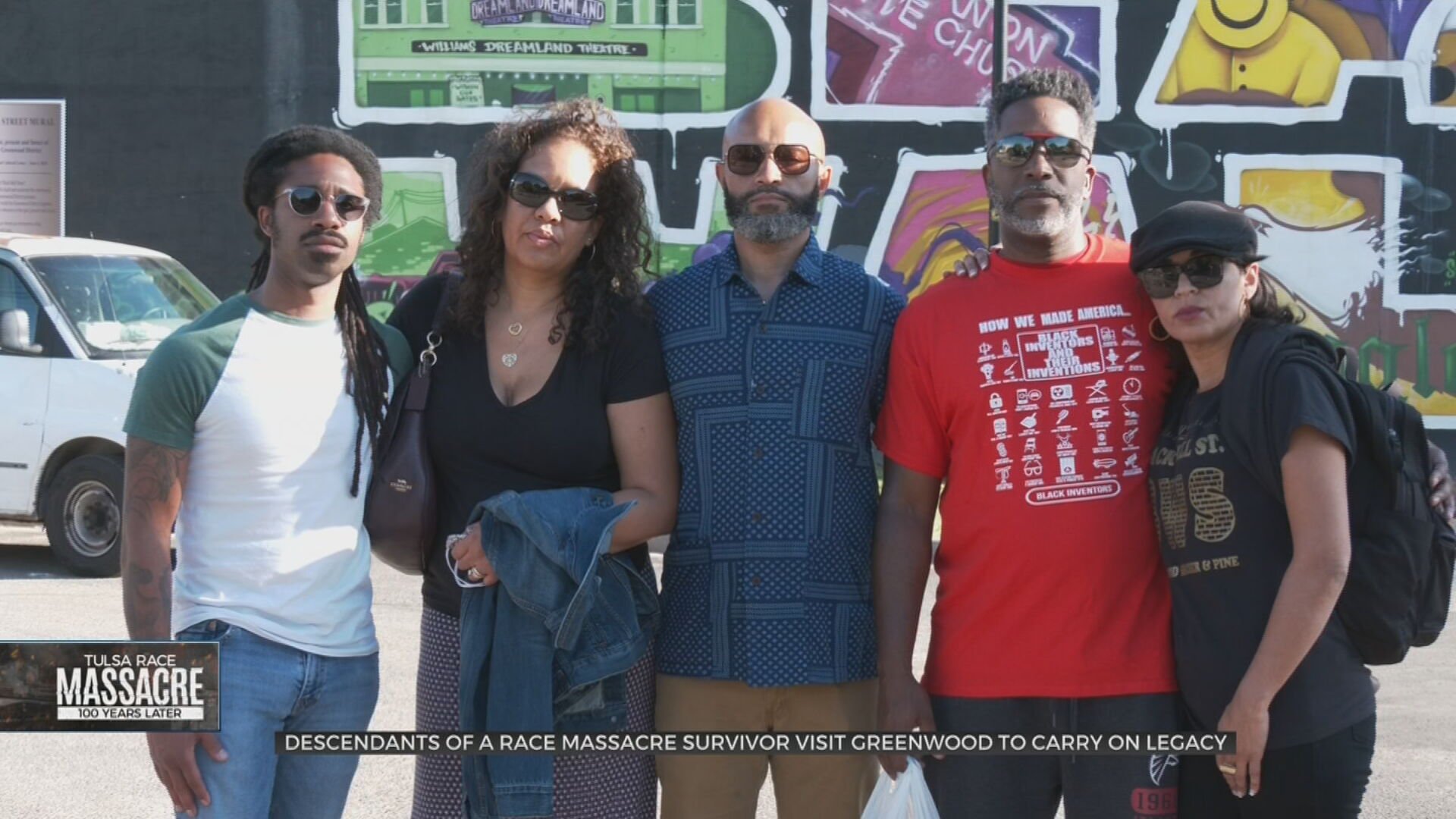 Descendants of a late survivor of a Tulsa Race Massacre survivor visited Greenwood Monday in an effort to carry on their great-grandfather’s legacy.

"We're here representing our great-grandfather as not only a survivor of the massacre, but a founder of Black Wall Street," said Raven Majia Williams, A.J. Smitherman's great granddaughter.

The descendants of A.J. Smitherman, founder of the Tulsa Star, flew into town to commemorate the Tulsa Race Massacre, a piece of their history they're still piecing together 100 years later.

Five family members stand shoulder to shoulder on sacred ground; it was a place once home to prosperous black businesses with wealth busting at the seams.

Smitherman was uprooted, displaced, and left with no option but to rebuild.

"My father, my uncle Seth grew up in Buffalo, New York. That's not where their family came from. That's why I'm here," Fenty said.

Montique Williams said his great-grandfather was blamed for inciting the incident and charged by the courts with rioting. They said Smitherman took off toward the East Coast and his case never went to trial.

"Being here, for me, helps me see in real life what happens when you don't hold people accountable," Williams said.

Smitherman stood on the frontlines fighting against racial violence until he died in 1961.

"It's a challenge to all of us to be brave and to really hold tight to principles of the rule of law and just being a good human being. I'm very proud that my great-grandfather stopped lynchings," said Seth Bryant, Smitherman's great-grandson.

Smitherman's descendants remind everyone that the centennial isn't a celebration, but a remembrance.

"We survived and we are surviving, and we will continue to survive," said Goldie Bryant, mother, and wife of descendants.

"We're here, we're strong and we remember and love this community and we want to see it thrive," Bryant said.