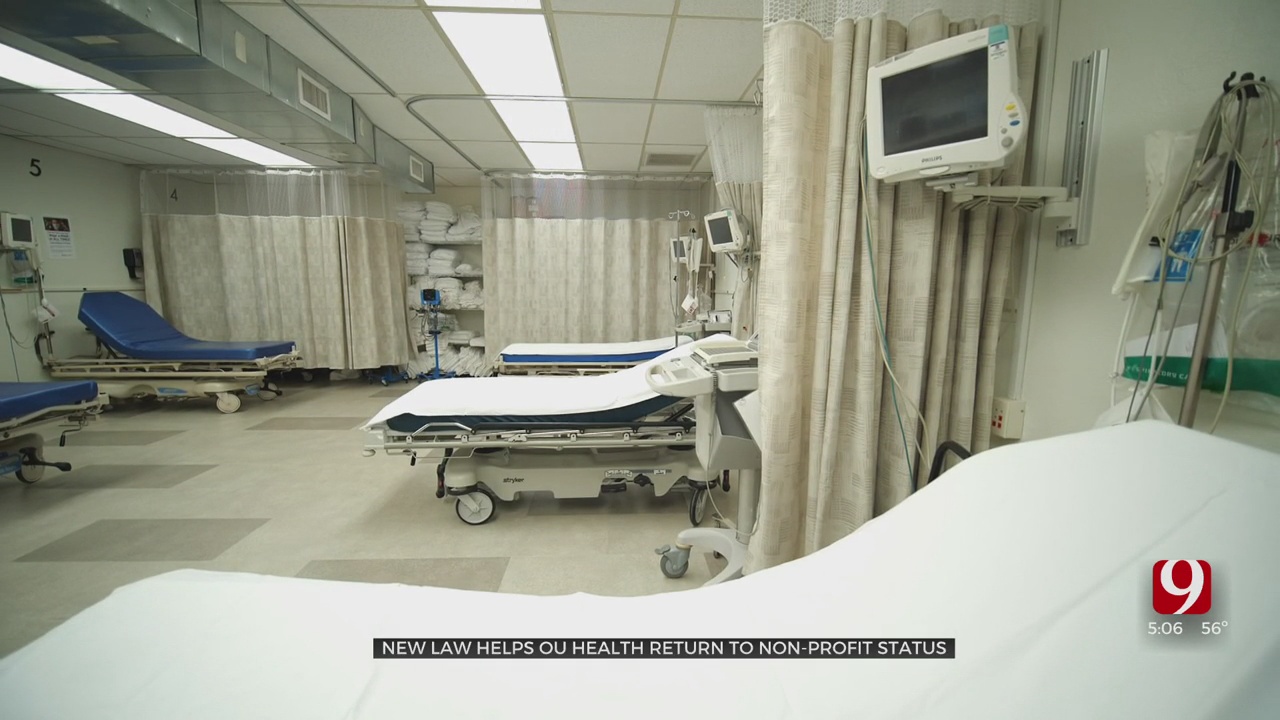 Health officials say a new law will help curb the doctor and nursing shortage in Oklahoma by providing more medical training throughout the state.

According to OU Health, Senate Bill 79 will restore a sales tax credit which will free up funds for training for a number of medical residents and nurse practitioners.

OU Health was a nonprofit until it was sold to an out of state for-profit company in the late ‘90s. That caused the legislature to vote to remove its tax-exemption. However, the hospital has since transitioned back to a local nonprofit and this bill will reinstate that tax-exempt status.

"100% of the earnings and savings are staying here in Oklahoma," said Randy Dowell, with the University Hospital Authority. "Being reinvested here in Oklahoma and that's why this was an opportune time for the legislature."

As a result, the state will lose $6.5 million in annual revenue and Oklahoma City will lose $5 million.

"They're giving up their sales tax exemption as a cost to them," said Kevin Wallace, with the Oklahoma House of Representatives. "But as we move forward with the professionals, there will be a positive return, I promise you."

OU Health says they've worked out an arrangement with the city.

"A payment in lieu of taxes over a five-year time period to cushion the impact to the city of Oklahoma City," said Dowell.

According to medical experts, Oklahoma ranks number 46 in physicians per capita. However, they’re number 11 for retaining medical residents.

"Our state has 40% fewer nurses per capita than the national average," said Julie Hoff, Dean of the OU College of Nursing. "As we talk about the transformation of health care, we need nurses."

"This is a major move forward to allow for a healthier Oklahoma," said Joe Harroz, University of Oklahoma President.