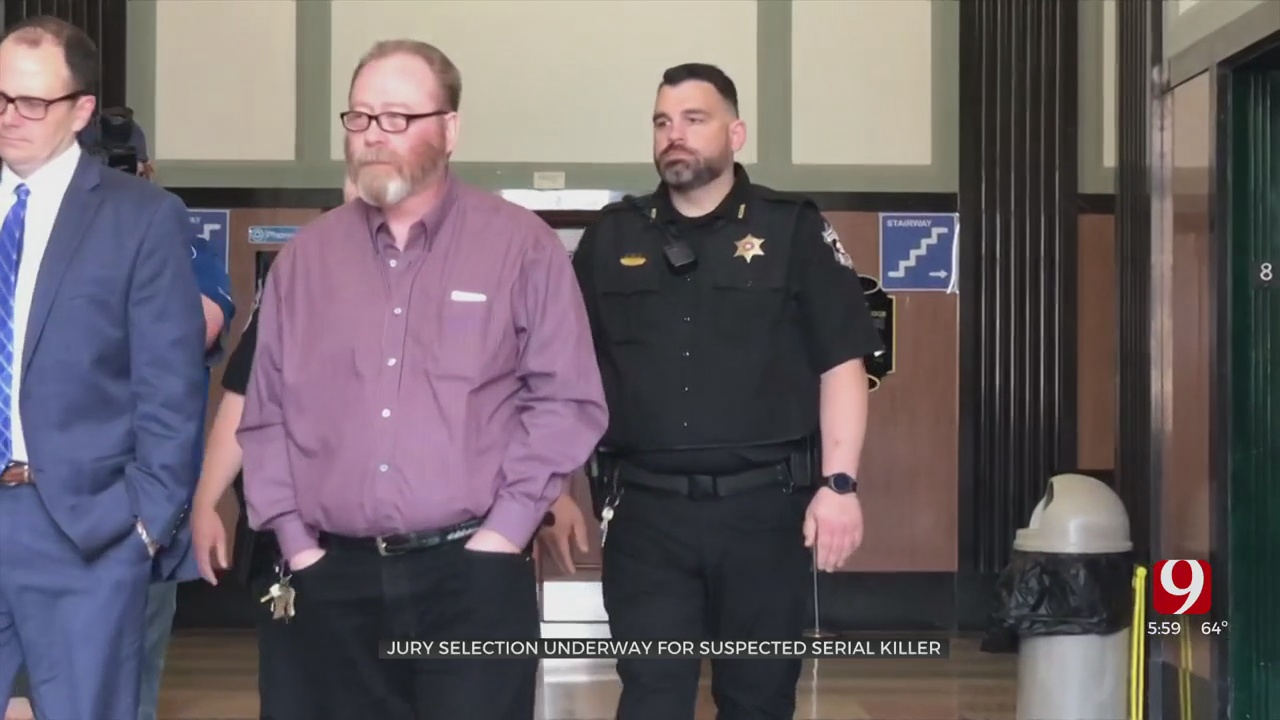 Proceedings against a suspected serial killer began inside the Oklahoma County courthouse Monday.

According to prosecutors, the defendant killed 19-year-old Tiffany Johnston almost 25 years ago.

Reports show in 1997 the 19-year-old went missing from a carwash in Bethany, only to be found raped and strangled near Yukon.

Johnston's death is just one in a slew of killings spanning Oklahoma to Texas Reece has either been implicated in or admitted to over the last quarter century.

Detectives believe Reece's killing spree began after he was released 8 years in to an almost 30-year rape sentence in Oklahoma.

According to prosecutors, his first victim was 12-year-old Laura Smither from Texas in April of 1997. Reece was initially suspected, but police didn't have enough evidence to prove Reece murdered her, so they had to let him go.

The next month, Reece then kidnapped Sandra Sapaugh at knife point outside Houston. She escaped and eventually led police to Reece. Months later Reece would be convicted of the offense, but not before allegedly killing 3 more women.

Reece then used the deaths and disappearances of Cox, Cain, and Smither as a bargaining chip in 2016 to avoid the death penalty in Oklahoma.

He admitted to killing Smither, then took police to where he disposed of Cain and Cox's bodies.

Jury selections are expected to last the rest of the week with opening statements beginning next Monday.