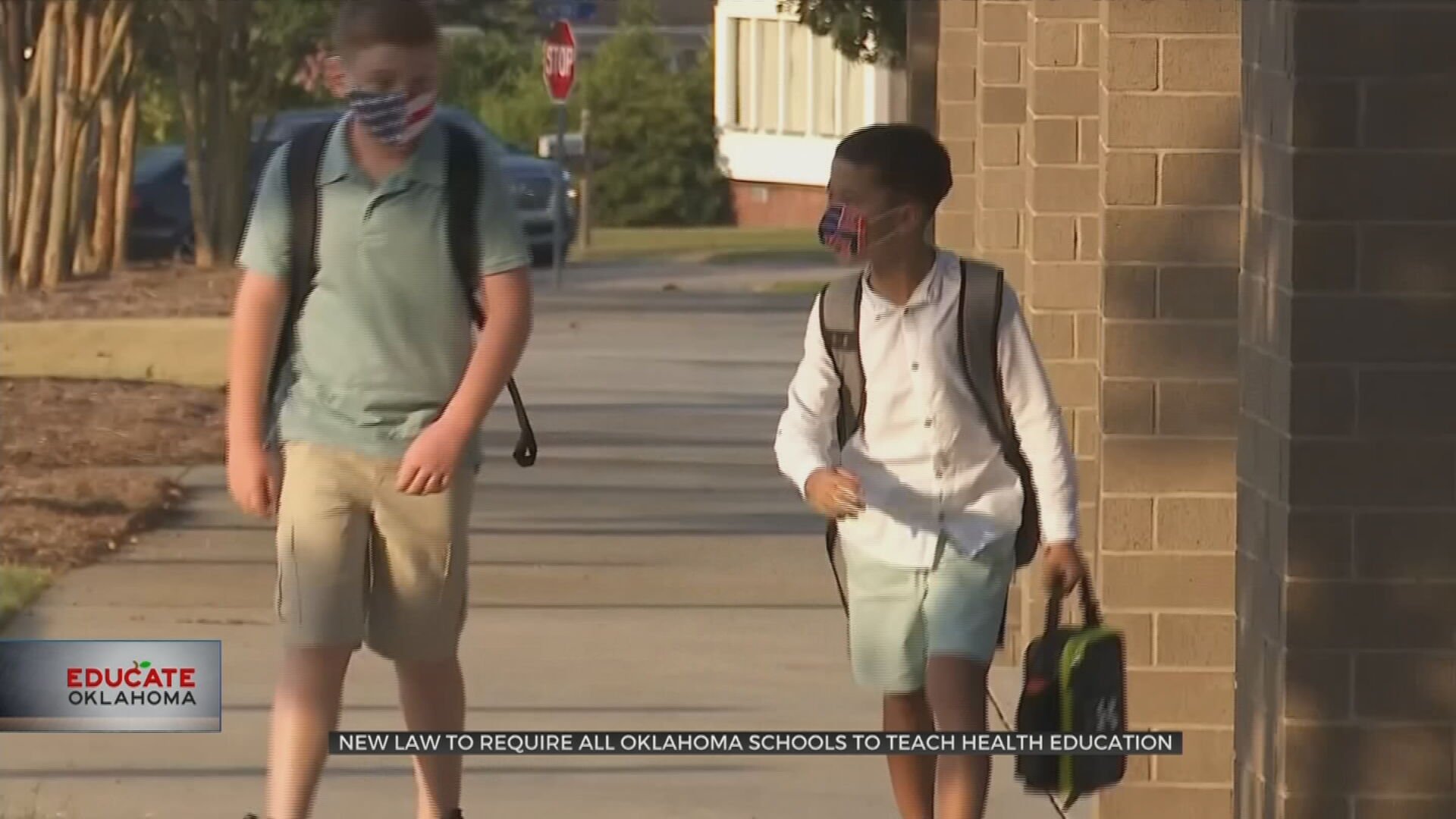 The state is stepping up to help fight obesity and mental health issues with a new health education bill.

Up until this point, Oklahoma was one of only three states that did not have a health education mandate in place. Governor Kevin Stitt signed the bill into law last week and some districts are already excited about the change.

"We know that Oklahoma students suffer from high instances of obesity, childhood obesity, diabetes, asthma," Hofmeister said. "And we also know that if we want to see differences, then it starts with education."

The bill requires schools to teach kids about mental and physical health.

Jessica Jernegan with Bixby Public Schools said that's something they've already been doing. Still, she said it is a huge step in the right direction for the state to recognize the importance of health education.

"I think we can all recognize that when we are physically healthy, mentally healthy, taking care of ourselves, then we're much more apt to be ready to learn," Jernegan said. "It's encouraging to see that not only has this legislation been passed but that our state department of education is taking this very seriously and is prepared to come alongside us with the resources we're going to need."

Hofmeister and Jernegan hope the mandate will ultimately uplift Oklahoma academics by giving kids a better foundation to build on.

The state said local health departments and independent health education programs will play a huge role in helping districts. The changes go into effect for the 2023 to 2024 school year.