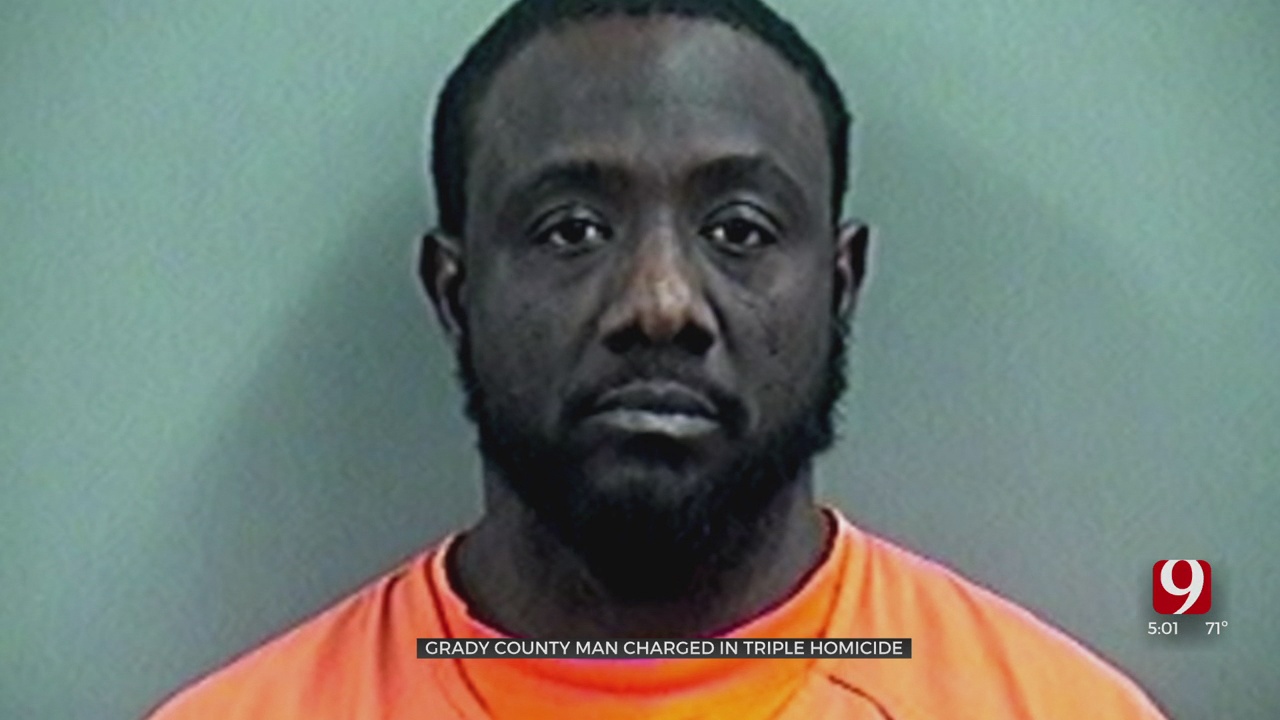 A man accused of killing three people in Chickasha was officially charged.

Lawrence Anderson is being held in the Grady County jail. He is accused in the violent death of his uncle, a 4-year-old girl and a neighbor on the same street.

In the courtroom, Anderson himself was in tears as the judge read the charges against him.

Horrifying details in the case were also revealed in court.

According to multiple affidavits, Anderson confessed to going to a neighboring house and killing “a white woman.” He also told investigators he took that woman's, later identified as Andrea Blankenship, heart out and over to his uncle's house.

In one affidavit, it said Anderson cooked the heart and tried to get Leon Pye and his wife, Delsie Pye, to eat it. Anderson told investigators this was all before he attacked the couple.

Grady County District Attorney Jason Hicks said he is upset Anderson’s 20-year sentence was commuted down to just nine years. He only served three of those years and ended up being released a few weeks ago.

"There's a reason why we seek those sentences because we know how long those offenders need to be off the streets," said Hicks.

The death penalty is on the table in Anderson’s case, Hicks said.

In addition to three counts of first-degree murder, Anderson was also charged with one count of maiming and assault and battery with a deadly weapon. He appeared virtually from the Grady County jail.

During his initial appearance, the judge denied Anderson bail.

His next appearance is set for April 14.