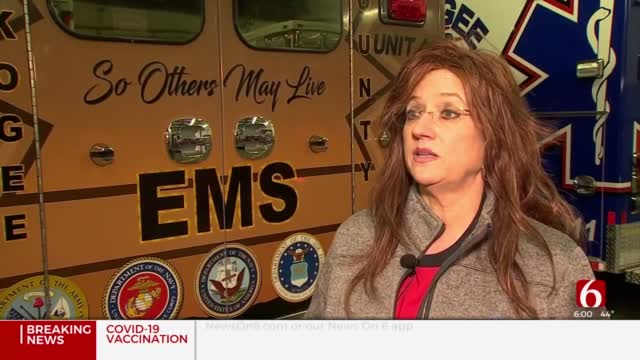 Paramedics with Muskogee County EMS said they have a personal connection to the family of the five kids and man that were killed on Tuesday.

The paramedics who took the 911 call Tuesday said that day will be something that will stick with them forever. EMS spokesperson Trisha German said some of their medics had helped the family before.

"Some of them are taking a really hard. They do have connection with the family,” German said. “We do prepare for calls but who’s actually prepared for a call like this that is this traumatic."

Medics with Muskogee County EMS are trained to handle stressful situations. However, they said nothing could prepare them for the 911 call and the brutal scene they saw on Tuesday.

Just like Muskogee police, they are being offered support services, that are open 24 hours a day, seven days a week for all employees.

"We had a critical incident stress debriefing yesterday where an individual talks to everybody pretty much. They will all participate, where they can come and talk about what’s going on and how they’re feeling and what we can do to help them get through the stress.” German explained.

Investigators said it was the suspect Jarron Pridgeon who called 911 and spoke with both police and EMS.

Pridgeon is charged with murdering five children ranging from one to nine years old. He is also accused of shooting and killing his younger brother and injuring the children's mother Brittany Anderson. Brittany is still in the hospital and we are told she is doing okay.

The community is showing their support for this family by building a memorial with toys, flowers, and balloons on the front porch of the home.

News on 6 did request the 911 call and body camera footage from Tuesday and are waiting to hear back from the Muskogee County District Attorney on if he's releasing those to the public.