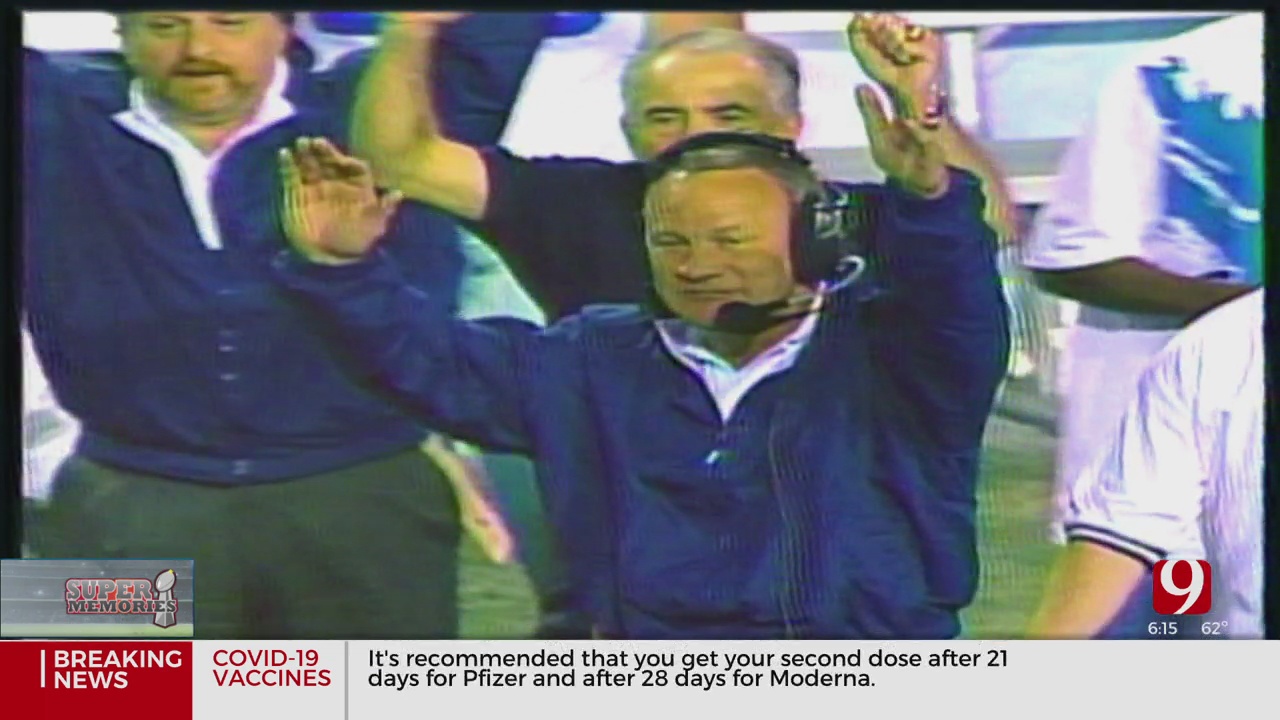 Coach Barry Switzer loves talking about many topics, whether it's his search and rescue dogs, or his friends with Special Olympics.

“I realized they were totally different from you or me because they are pure at heart,” he said about the Special Olympics.

But at some point, it's always fun to talk a little football. He recently sat down with News 9’s Dean Blevins.

“You got to have a talent pool you recruit from,” he said. “And Oklahoma had been fortunate. We had Texas and if it wasn’t for Texas, Oklahoma wouldn’t have the tradition it has in football.”

Sure, a lot of those memories are from coaching at OU for 16 years, with 3 national championships. But coach is also proud of his days coaching the Dallas Cowboys.

“I wanted to win the thing for Jerry,” coach said.

That Jerry is Cowboys owner Jerry Jones. Switzer coached him and the guy who he replaced, Jimmy Johnson, at Arkansas.

Coach said he remembers the call from Jerry about the Cowboys job. Rumors had been in the papers that he would be offered the job to replace Jimmy in Dallas.

He called me the next day and said he fired Jimmy in Dallas and that was the interview,” recalled Switzer.

Coach's first year in Dallas, the Cowboys made it all the way to the NFC Championship, losing to the 49ers.

“We were down 21-0 in San Francisco in the most horrible game you could play,” he said.

The Cowboys would then make it to the Super Bowl the following year.

“I was relieved for Jerry to win the Super Bowl that next year,” Switzer said. “I wanted to win because Jerry put his rear end on the line.”

But out of all of the wins, was the Super Bowl the greatest? We might not ever get an answer.