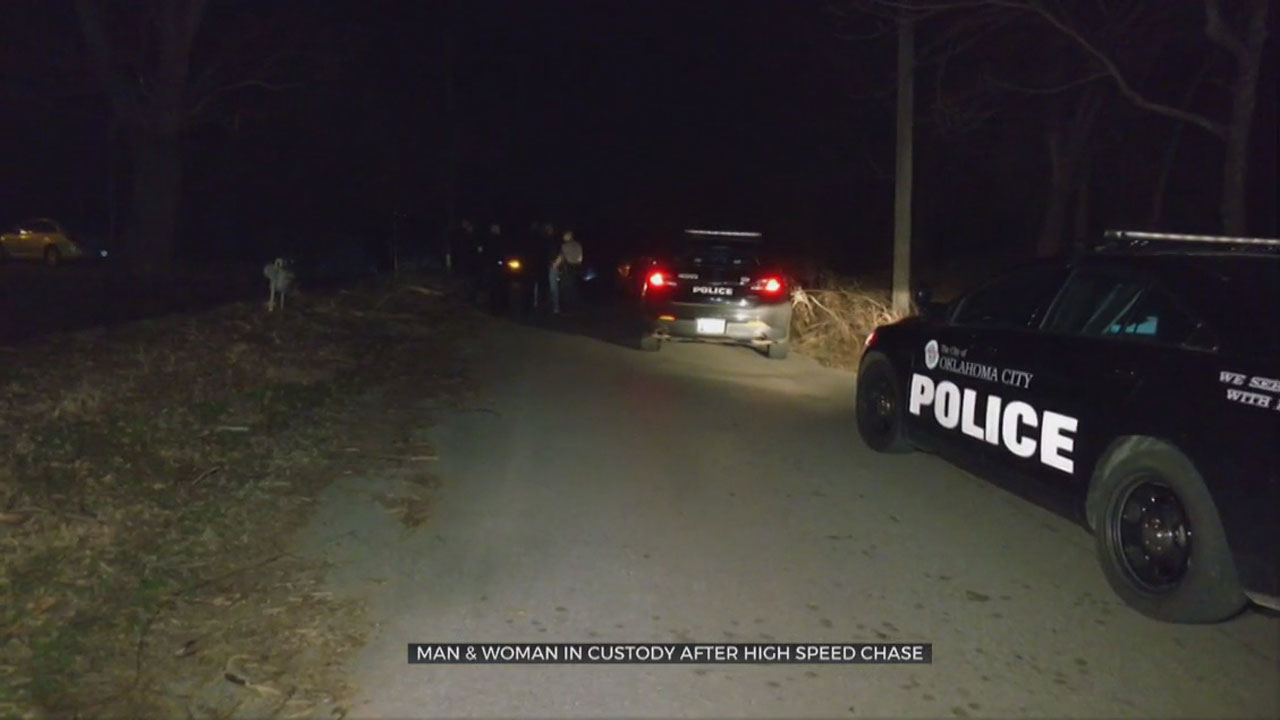 Police said a man and woman are in custody Wednesday morning after leading officers on an overnight pursuit.

According to authorities, the pursuit started near Interstate 40 and Meridian Avenue and reached speeds over 100 mph.

The male suspect bailed from his vehicle around the 4800 block of Diana Avenue in Spencer. Air One tracked him in the woods and officers took him into custody, police said.

The woman in the vehicle was taken into custody and questioned.

Officers said the male suspect is part of an active investigation, but would not say what type of investigation.