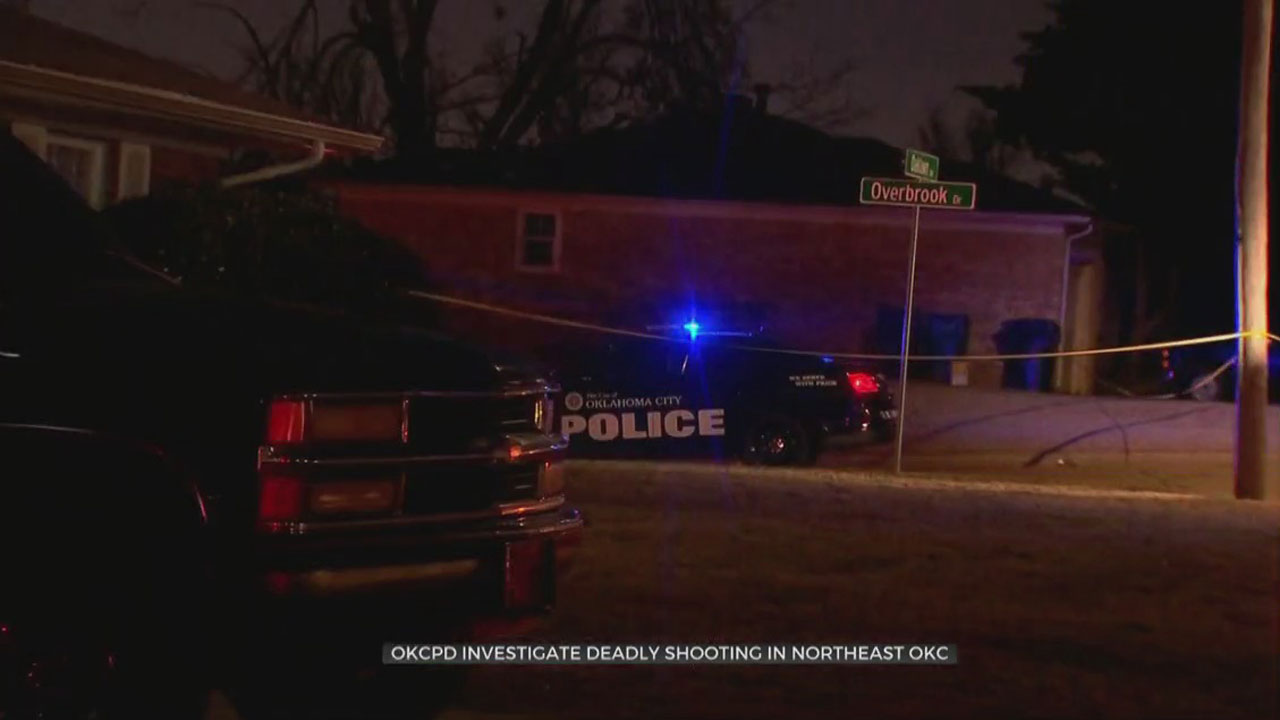 Aunsheree Myrick, 26, and Cameron Watkins, 27, were discovered by officers when they arrived at the 3200 block of Overbrook Drive.

Myrick was pronounced dead at the scene. Watkins was transported to a local hospital with a non-life threatening gunshot wound.

Oklahoma City police are working to piece together what led up to a Wednesday night deadly shooting in northeast Oklahoma City.

Police said they responded to reports of multiple shots fired at a home near Northeast 16th Street and North Bryant Avenue.

When officers arrived on the scene, they found one person dead inside of the house with multiple gunshot wounds.

Officers said they found another victim alive outside of the home that had been shot in the head. Police said they were able to speak with them before they were rushed to the hospital. So far, no word on their condition.

Investigators tell News 9 they’re also talking to a third person at the scene.

“There was another person here at the scene who’s speaking with officers. Hopefully, he can provide some information on what happened,” said Lieutenant Isaac Goodman with the OKC Police Department. “At this point, he’s cooperating with officers.”

So far, police have not identified any suspects.