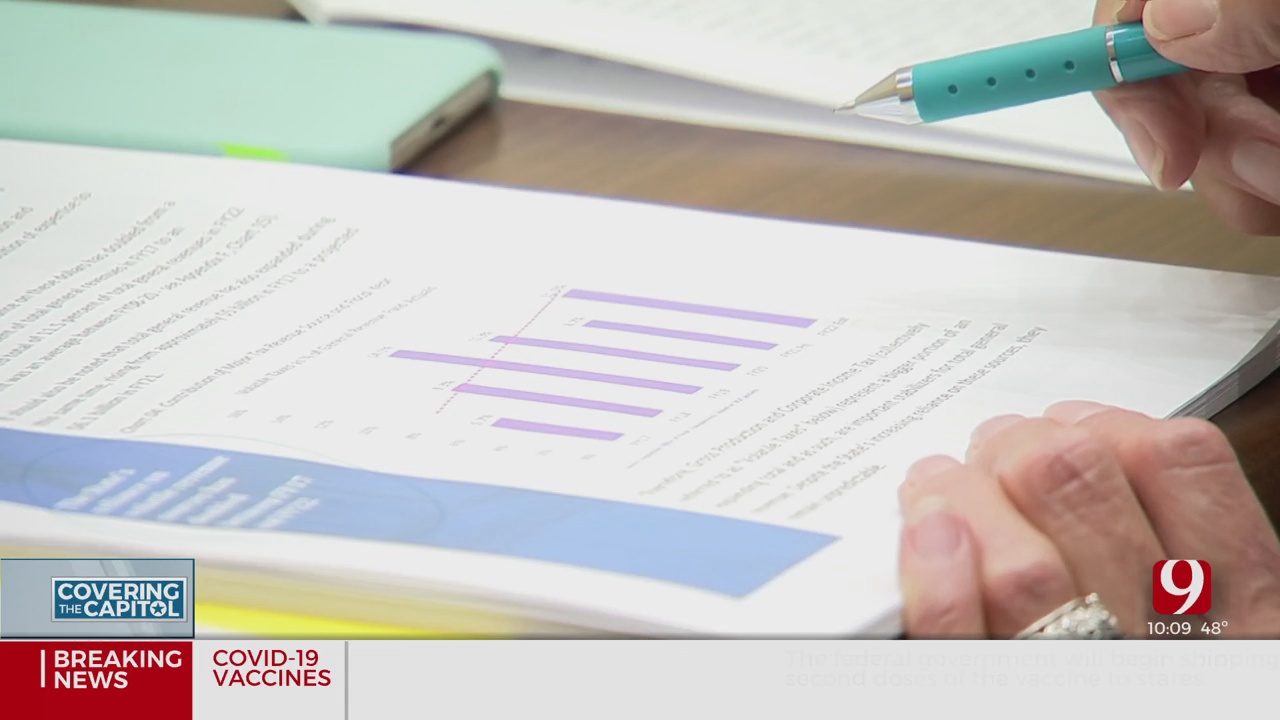 “We recognize how hard the revenue estimation calculation is,” Jackson said. “It’s like counting stars.”

Currently, the Office of Management and Enterprise Services and the Oklahoma Tax Commission prepare a report for the Board of Equalization.

The LOFT report recommends adding input on the board from the state’s most volatile revenue sources, corporate income taxes and oil and gas production.

“What about someone who understands oil forecasting or natural gas forecasting for futures markets because that gives some insight into the overall process,” Jackson said.

The board currently includes the Governor, Lt. Governor, and four other statewide elected officials and one nonelected officer. It, however, does not include representatives from the legislature who actually pass the budget.

“I think maybe having even in ex officio, somebody who doesn’t take a vote but to offer commentary on the budget process, might be helpful,” Oversight Committee Co-Chair Rep. Kevin Wallace, R- Wellston, said. “There’ll be more discussion about how the legislature should have representation.”

Jackson said since 2009, lawmakers have only received 89 cents for every dollar expected in budget estimates.

“People ask us to come up here and make tough decisions all the time,” Wallace said. “A lot of times, the information we are given may not be complete or accurate and we end up making decisions based on that information. We need good information to make solid decisions, well-educated decisions.”

The Oversight Committee has not yet released the LOFT report discussed Wednesday.