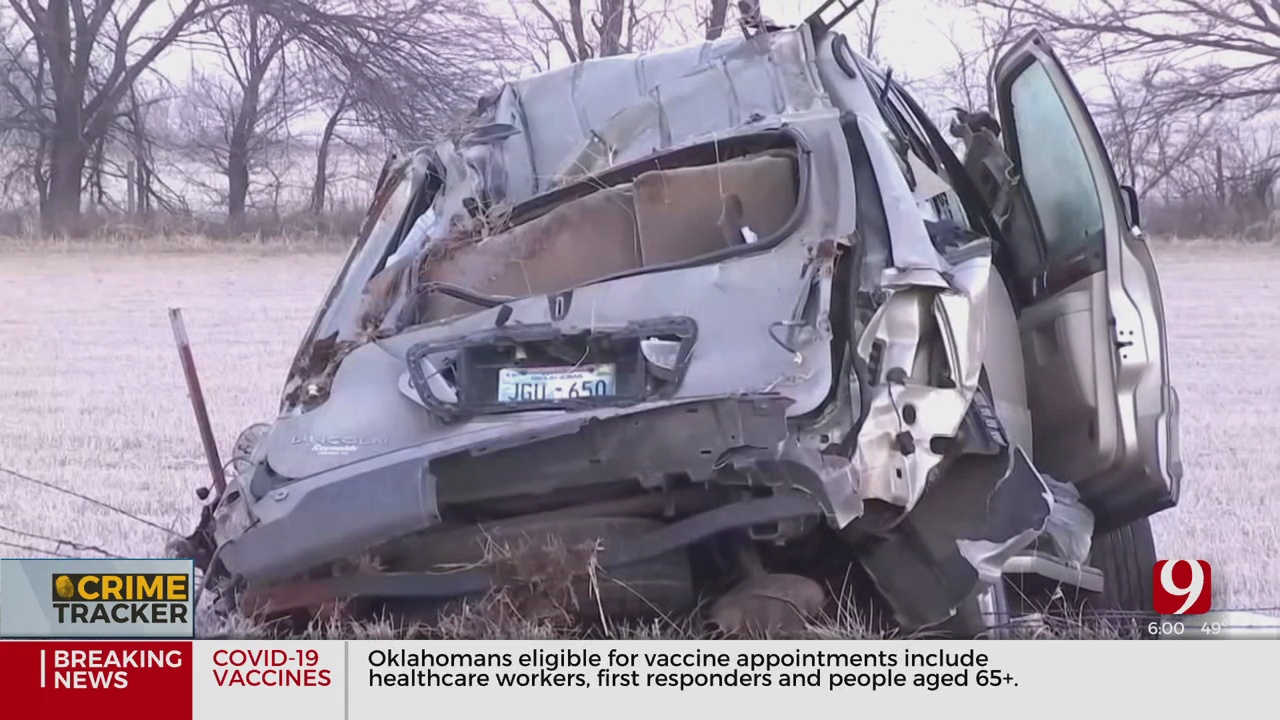 The Oklahoma Highway Patrol opened an investigation on Wednesday of a metro pursuit that ended in a deadly crash.

Troopers were chasing an SUV with three people inside. Two of the chase suspects were transported to local hospitals and a third person died after the chase ended in southwest Oklahoma City. Two of the occupants were juveniles.

The state agency’s traffic homicide unit and other investigators were assigned to the case.

A mangled SUV was all that was left after the driver sped through the metro trying to elude troopers. The high-speed pursuit started early Wednesday morning near Interstate 240 and south Western Avenue. A trooper attempted to stop the driver when the tag on the SUV came back reportedly stolen.

“The vehicle did not stop for red lights and sirens,” said Maj. Ronnie Hampton, Oklahoma Highway Patrol. “A pursuit ensued on city streets.”

At one point, the SUV crashed through a chain link fence and ran over the track around the football field at Jefferson Middle School.

Troopers had to wait for the right moment to stop the SUV by using a tactical intervention maneuver. That moment came as the pursuit went through a rural area near Southwest 119th Street and South Meridian Avenue.

“A lot of times the troopers will pick a location where there’s no risk that another motorist may be hit by the vehicle that’s being spun out,” said Hampton.

Instead of spinning out, the SUV flipped several times and crash landed in the field.

“There were three people injured,” said Hampton. “Two were transported to local hospitals and one was critical at the scene. Troopers attempted CPR on that person, but they later died.”

Hampton said the OHP has been using the TVI maneuver since the late 1990s and it rarely results in a death.

“It’s a very safe technique,” said Hampton. “But there are times like I said people will counter steer and put themselves in the opposite direction we intended for them to go.”

The OHP did not release the chase suspects’ names.

They are investigating if any of them were under the influence or if there was any contraband in the SUV.