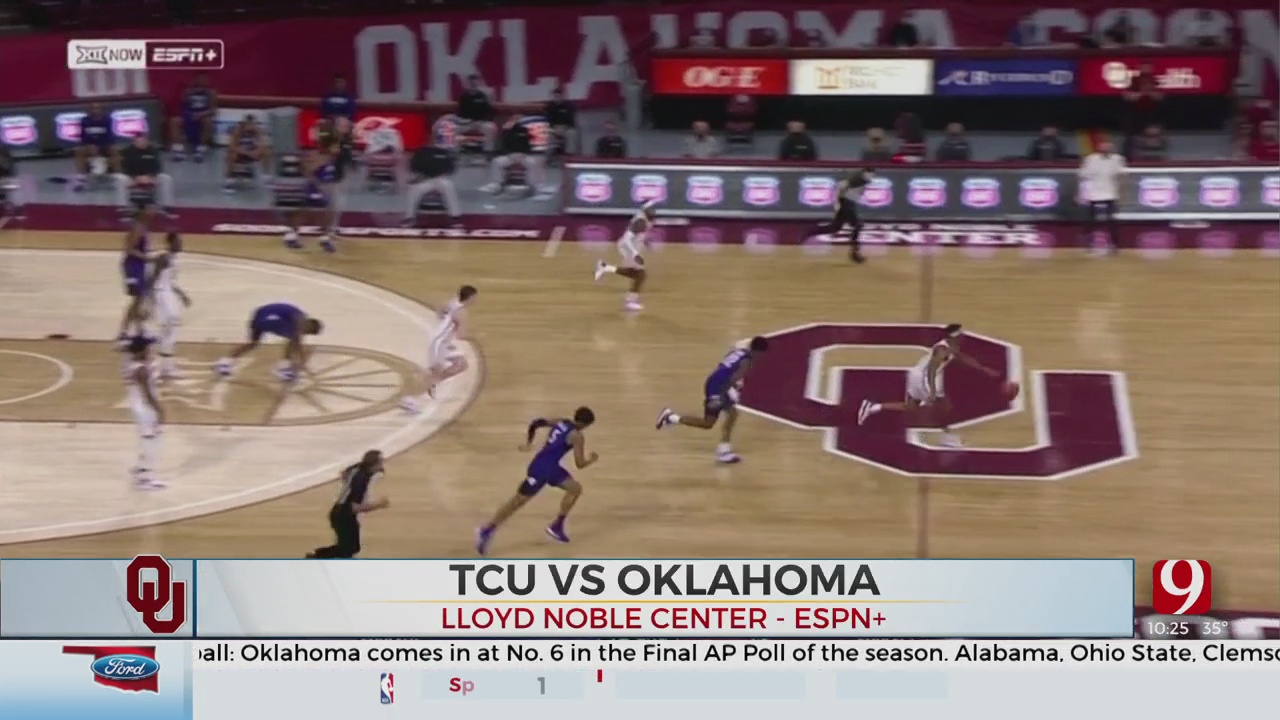 De’Vion Harmon made four 3-pointers and scored 22 points to lead Oklahoma to an 82-46 rout over TCU on Tuesday night.

The Horned Frogs shot just 35 percent (18 of 52) from the floor that included 15 missed 3-pointers. They were also cold from the free-throw line, hitting 6 of 17 (21 percent). It was the lowest scoring output for TCU this season.

Oklahoma leads the series 27-4 and has won 19 of 22, including the last eight in a row. The Sooners have not lost to TCU at home.

TCU: The Horned Frogs game at No. 13 West Virginia on Saturday was postponed. They are scheduled to host No. 15 Texas Tech on Jan. 20.

Oklahoma: The Sooners are scheduled to play at Oklahoma State on Saturday.