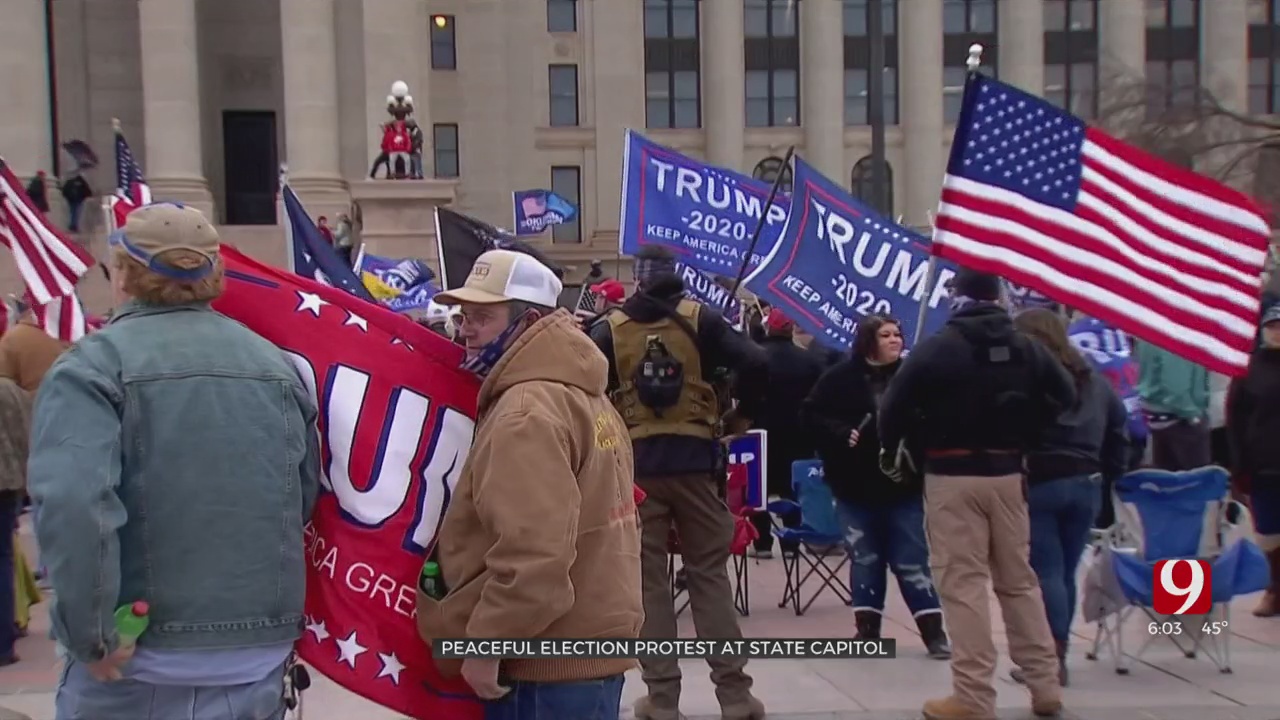 “Trump’s fighting for us, I’m going to fight for him and we aren’t going to quit,” Larry Cole said.

Even in the face of congress approving the electoral college count, the Trump supporters said they’ll keep fighting.

“I will not vote for him again,” Wesley Harness said of Inhofe, who after winning another six-year term in November, announced he will not seek re-election.

The Republican has represented the state for 34 years and has been a staunch supporter of the president. This week he said objecting to the electoral college count would be a violation of his oath of office.

Read: Sen. Inhofe To Announce He Will Not Challenge Electoral College Results

“There’s no question in my mind as to what I constitutionally can and cannot do,” Inhofe told News 9 Wednesday.

“There’s a lot of people that would like to pee on his grave right about now,” Trump supporter Larry Cole said.

Inhofe said some of the responses he has received to his lack of opposition have been violent.

“Even my own family members, I sent them a memo about this,” Inhofe said. “I said I still love you even if you disagree with me.”