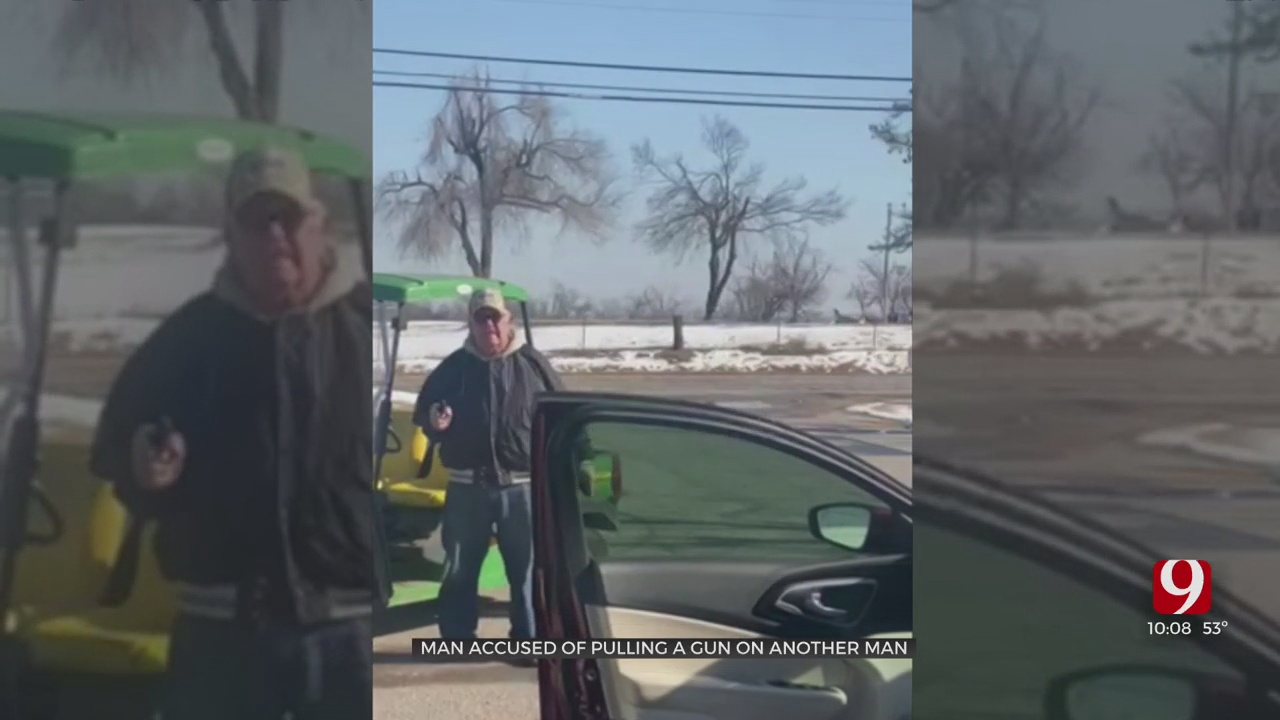 Oklahoma City police are looking for a man seen on a video pointing a gun at someone else and threatening to shoot.

“We certainly have excellent video,” said MSgt. Gary Knight of the Oklahoma City Police Department. “Pulling out a firearm and pointing it at another human being makes it a felony crime.”

Travis Bourgeois recorded the video, which eventually shows the man pulling a pistol from his waistband and pointing it towards Bourgeois.

“I felt it, like it was coming,” he said. “I thought he was going to shoot me to be honest with you.”

Bourgeois said the man pulled up to him and another friend as they were talking in a parking lot outside a medical dispensary on South Council Road in Mustang on Sunday. They were playing music, he said, with which the man took issue.

After the man threatened to shoot them, Bourgeois said he started recording.

“You said you’re going to shoot us?” Bourgeois said to the man. “Yes,” the man responds.

Bourgeois followed-up: “You’re pulling a gun out on me because I’m playing my music?”

“We don’t want no problems, you have a blessed day,” Bourgeois said as the man, who was not initially identified, drove away in an all-terrain vehicle.

A husband and father, Bourgeois said he forgives the man for the confrontation and was happy to be able to return to his family.

“Life may be chaotic for him. I don’t know, I’m not one to judge,” he said. “I wish him well and I pray for people like that.”

Anyone with information on the incident is asked to call the Oklahoma City Police Department or Crime Stoppers at 405–235-7300.