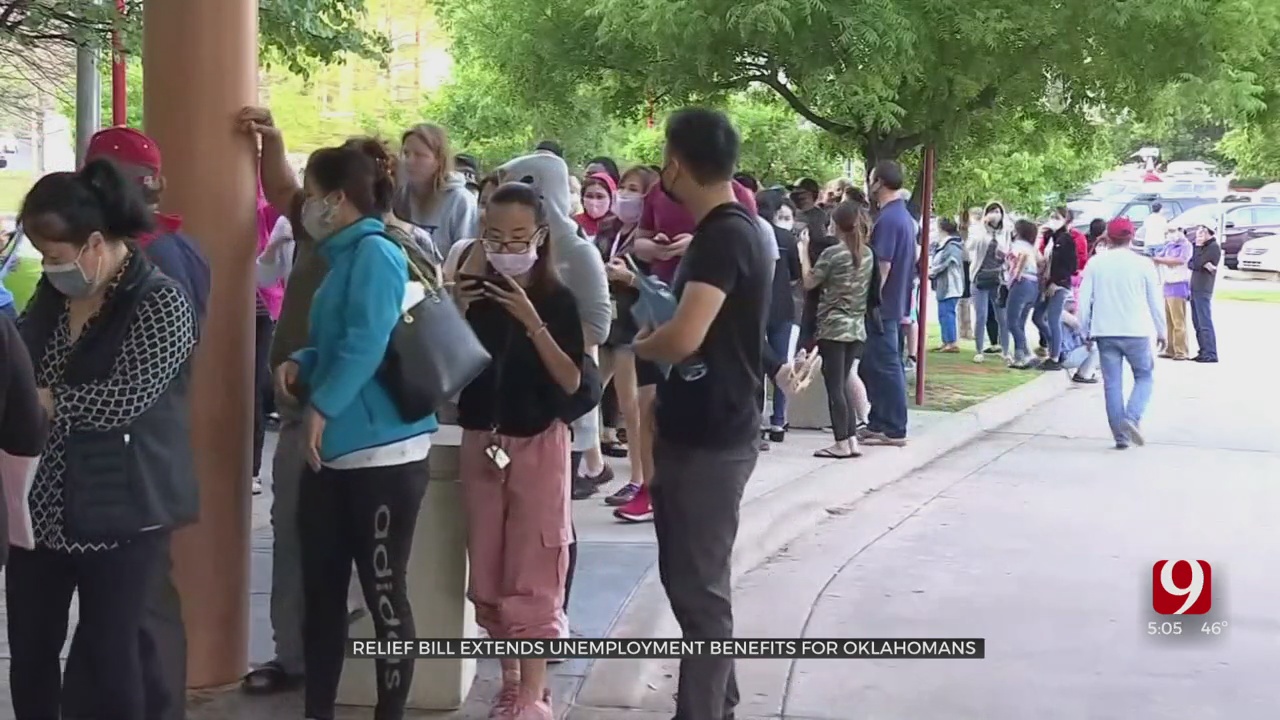 After President Donald Trump signed an additional unemployment relief package, the Oklahoma Employment Security Commission said this will provide benefits for many across the state who are still in need of assistance.

The OESC was notified about the extra $300 in benefits Sunday night. This comes after benefits expired for million across the country early Sunday. Local employment offices said there are still hundreds of unemployed Oklahomans.

“We’re currently working on about 30 jobs right now which is probably down about 20 to 25% of what we would normally expect this time a year,” said Frank Smith with Mosaic Personnel.

Smith said though their numbers are down, they’re beginning to see positive signs in employment since COVID-19 first impacted the state earlier this year. He said for many, these extra benefits are a lifesaver.

“It’s critical, obviously, around the holidays,” said Smith. “People to be able to get that extra money that they’ve been needing through this time a year.”

The relief package includes $600 stimulus checks for those who make $75,000 or less.

The OESC said they're currently waiting for details from the U.S. Department of Labor, but they will move as quickly as possible to distribute the funds once they receive them.

“If it takes them six weeks, that’s going to be a disaster for a lot of people,” said Alexandra Zimmerman.

Zimmerman has been without a job since May and said she needs these benefits sooner rather than later.

“It’s vital, I’m behind on rent, I don’t have money to pay January rent,” said Zimmerman.

“At this point, we can advise claimants that they do not need to file a new UI or PUA claim if they have an existing one, even if their benefits exhausted earlier this year.”