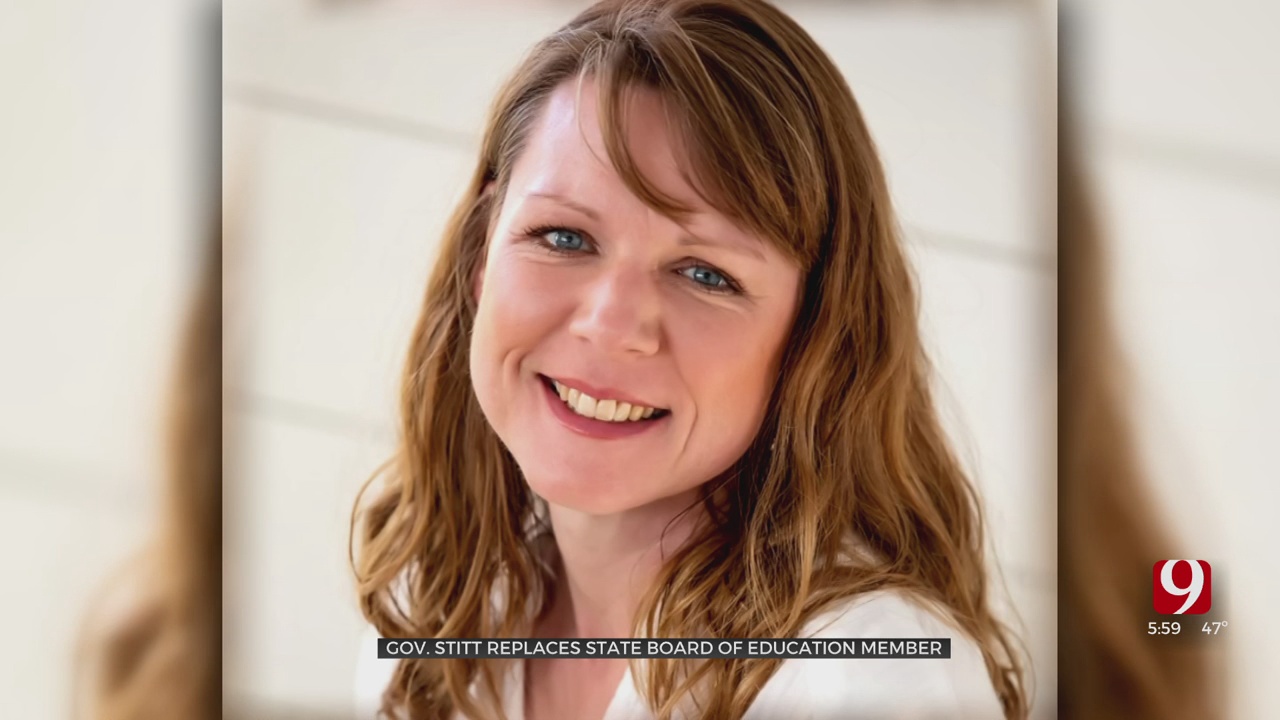 In a surprise shake up, Oklahoma Gov. Kevin Stitt removed one of his own appointees to the state school board.

He removed Kurt Bollenbach from the board, replacing him with Enid mask-mandate opponent and former educator Melissa Crabtree.

"Melissa Crabtree is a former teacher who is passionate about using her experience in the classroom to improve educational outcomes for all Oklahoma students,” Stitt’s communication chief Charlie Hannema said in a statement. “The governor believes she will be a great addition to the State Board of Education and appreciates Mr. Bollenbach’s service to our state.”

A prior statement from the governor’s office indicated Crabtree was a former social worker. However, the Oklahoma State Board of Licensed Social Workers said they have no record of Crabtree ever having one of five licenses required to be a social worker.

Crabtree agreed to an interview with News 9 Friday but later canceled.

She is the leader of a group called Enid Freedom Fighters, which opposed a city mask mandate and attempted to recall a city council proponent.

“Stand up to the noise of the liberal media and bullies in our community, not placing undue burden on businesses, and vote for the citizens of Enid to manage personal health affairs how we see fit,” she told the city council December 1.

According to a letter Crabtree submitted to the governor’s office, she has a bachelor’s degree in special education from Carson-Newman College, taught in a classroom for four years before home schooling her children and advising parents on homeschooling.

“I’m really thankful for Gov. Stitt,” Crabtree said on an undated podcast. “He has worked very, very hard, and he has continued to say ‘you guys, we started this to flatten the curve and we flattened the curve.’ He said ‘coronavirus is not going away we need to learn how to live with it.’”

“It looks by her bio, she’s in essential oil salesman who is anti-vaccination and anti-mask,” Joe Dorman with the Oklahoma Institute for Child Advocacy said. His group has advocated for a statewide school mask mandate. “I certainly hope her personal views will not cloud her judgment on what’s best for public schools.”

“He is a man of tremendous principle and integrity,” she wrote. “Of course, I look forward to meeting his successor on the board, Ms. Crabtree, and anticipate a good working relationship with her, but I will miss Kurt’s bold leadership.”

The Oklahoma State Senate must confirm Crabtree’s appointment; however she will join the board on an interim basis until the legislature reconvenes in February. Her first board meeting will be December 17.