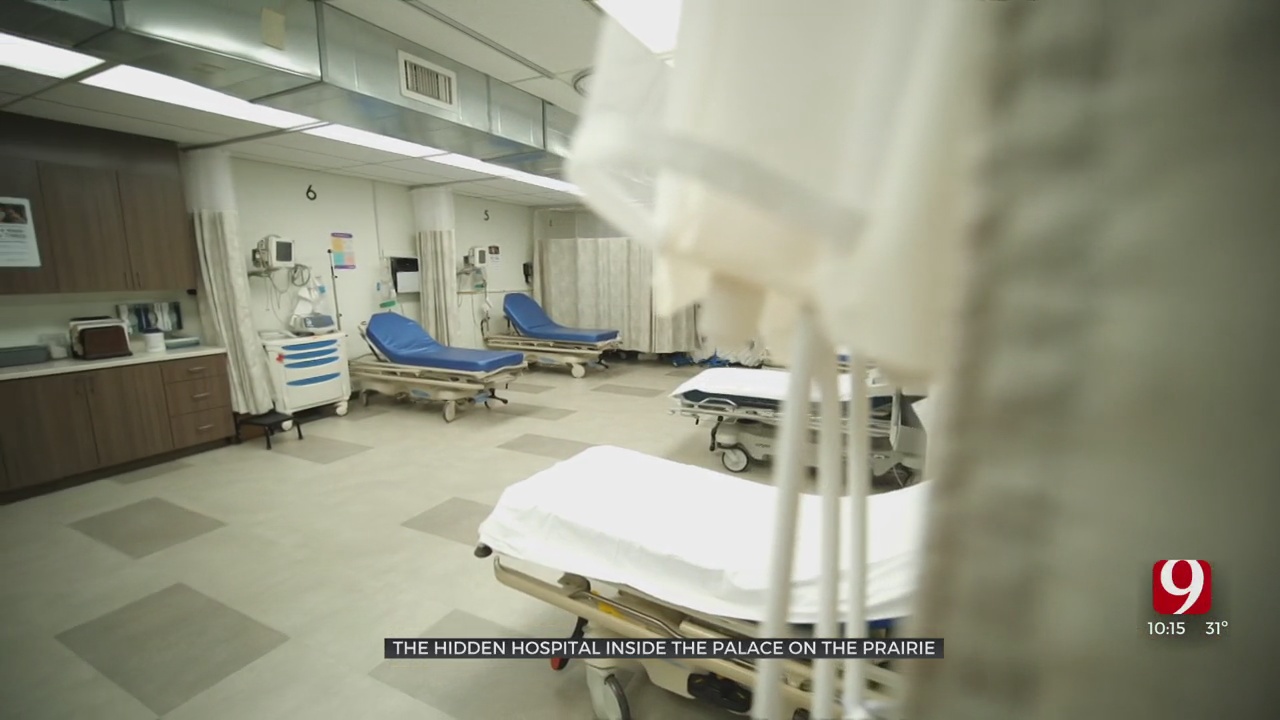 On the field, fans describe the game day experience at Gaylord Family Stadium in Norman as pulse racing and heart stopping. But deep underneath, behind unassuming doors marked simply first aid station Is a facility to treat you if any of that were to really happen.

“I feel like on game day the stadium is the safest place to be in town,” said Doctor Patrick Cody, the Norman Regional ER doctor who runs the facility.

Wilmoth then lost consciousness. He was immediately rushed down to the Gomer Jones First Aid Center operated by Norman Regional. On game day the clinic is staffed with several doctors and nurses and has all the equipment necessary to treat a major medical emergency.

“Our entire goal of this clinic is to take care of patients that are having those life-threatening emergencies,” said Cody. “That’s really what we’re set up to do.”

The facility was started back in the 70's by Hal Belknap a Norman Regional doctor. All fans who come through the door can get help for free. Most are suffering from...what you would expect.

“Often times we care for heat emergencies, people pass out, they’re nauseated, may have had too much to drink,” said Cody.

On hot days all the beds are full and overflow patients are sitting in chairs. The secondary goal of the clinic is to keep patients from over-running the local hospitals.

“So, we’re able to care for many of the patients here to prevent them from having to go to the hospital,” said Cody.

In a normal year, about 80,000 fans pack the stadium making it the seventh largest population in Oklahoma on game day. But six bike medics stationed throughout the stadium can get to your seat in about two minutes. And each one of those medics can handle a cardiac arrest by themselves with the equipment on their bike.  Dr. Cody said they save probably two or three lives a year of people who wouldn’t have made it to the hospital.

Reece was likely one of them. Paramedics who first responded said they didn't think he would live. But the fact that he was at the game when he collapsed may have been a big dose of Sooner Magic.