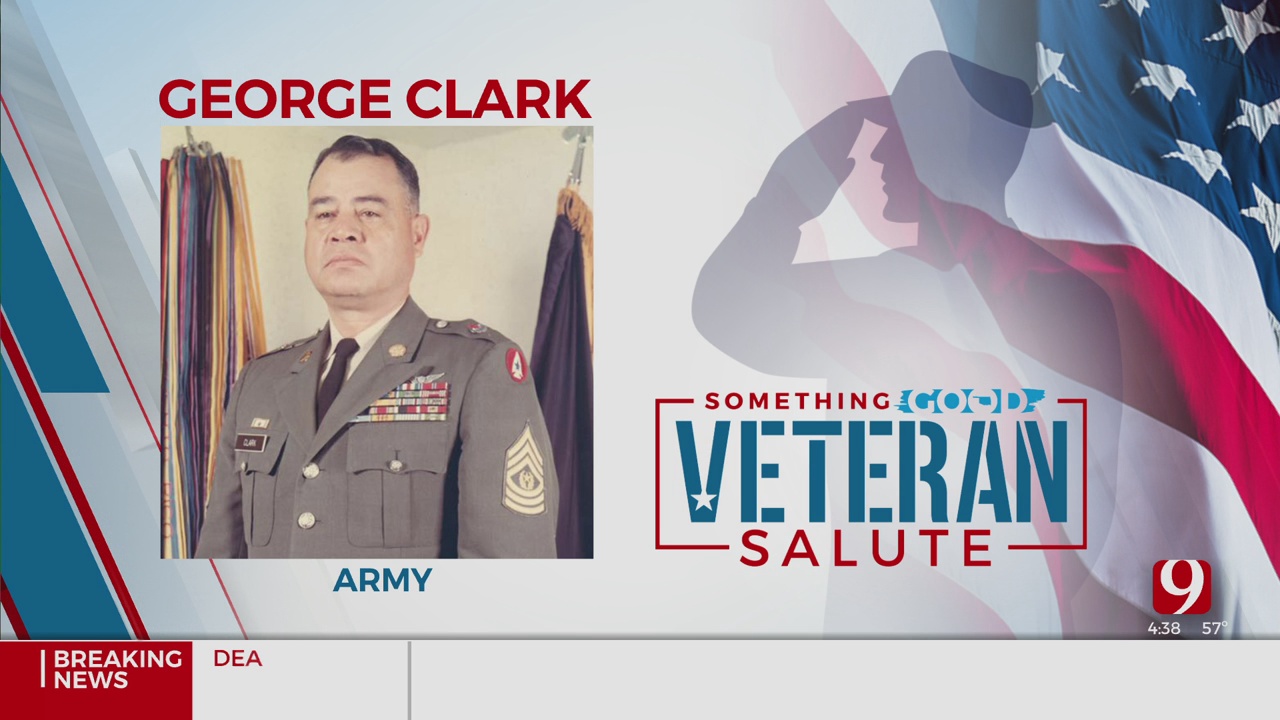 We want to salute the men and women who served out country.

Clark served in the Army with the 45th Infantry Division in three separate wars; World War II, Korea, and Vietnam.

Retiring well decorated, Clark earned the Silver Star, Legion of Merit, Bronze Star, as well as 12 other medals and ribbons during his 27 years of service.

Thank you, Command Sgt. Major Clark, for your service to our country.

You can nominate a veteran at News9.com/SomethingGood.