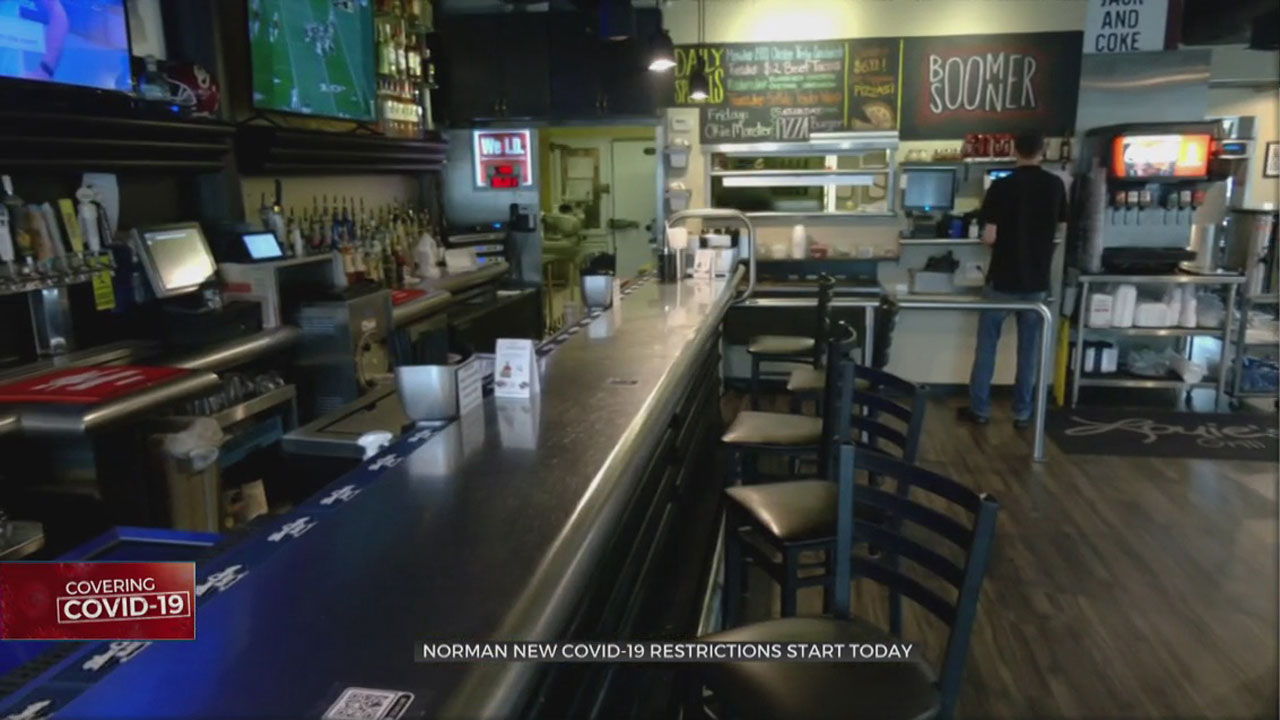 Mayor Clark said this was a tough decision but ultimately after talking with healthcare officials and other community partners, she felt these steps were necessary.

"I leaned heavily on the advice from Dr. Bratzler and other medical professionals to determine where we should start, and we wanted to avoid closing businesses as much as we possibly can," said Mayor Clark.

She said the city and the fire department already had the pieces in places since they have had gameday capacity restrictions since September.

Under the new proclamation restaurant, bar and fitness center capacity will be reduced to 50%. Organized gatherings will be capped at 50 people and organized indoor sports will have numerous rules. Those include one spectator per athlete, mask requirements for everyone except the athletes playing and closed concession areas.

Travis Case owns Sideline Bar and Grill on Campus Corner in Norman. He says he hired more staff to help count customers and meet the gameday restrictions. Case is anticipating needing those extra employees around more often while also dealing with a probable loss in revenue.

This change is something Norman business owners will have to deal with on top of the state restriction on their daily hours.

"When I first heard that ,it was a little nerve racking. And then after seeing a capacity restriction on top of the hours restriction that we already have, its definitely an impactful blow to our revenue."

Mayor Clark said the proclamation doesn't mean places of worship will be capped at 50 people. Instead each family unit is considered a gathering. This will affect capacity for events like weddings and funerals.