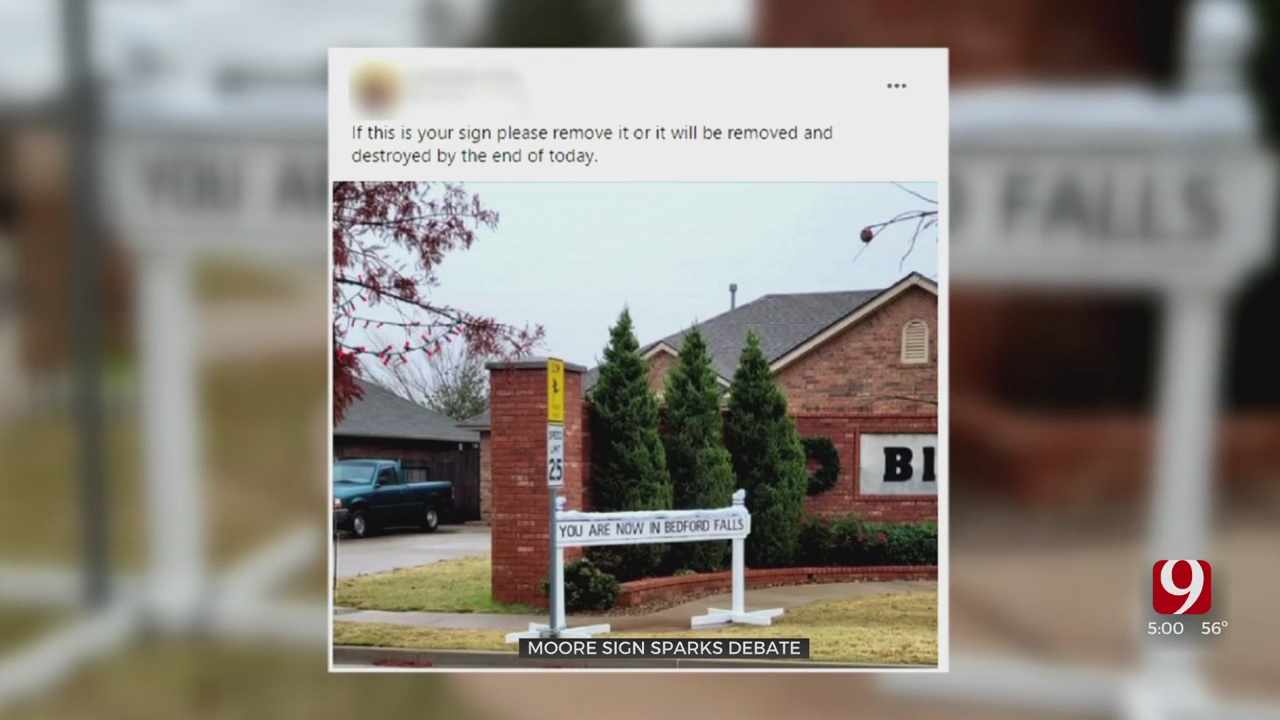 A Moore resident’s attempt to bring joy to his neighborhood turned into him living in fear following a threat from from the homeowner’s association.

Doug Longway said the decoration he made was put near the entrance of his neighborhood near Southwest 34th and South Santa Fe Avenue so residents could see in when they came in and out of the neighborhood.

The inspiration for the handmade decoration came from the classic Christmas movie “It's a Wonderful Life.”

“I was so proud of it, I decided to put it up early, instead of putting it up after Thanksgiving,” said Doug Longway, resident.

Longway said the sign was technically on his property.

People took notice of the decoration but it did not get the kind of attention Longway intended.

The vice president of the Bluestem Ridge HOA made a stern post on the neighborhood's Facebook page. She told the owner of the sign to remove it or it would be removed and destroyed by the end of the day.

“I began to be in fear for my life,” said Longway. “When someone threatens you in a public manner to destroy your property, it makes me think it won’t stop there.”

The HOA vice president's husband denied an interview with News 9, but said the sign was in violation of the HOA covenant. He said the resident should have asked permission from the HOA before putting the decoration up and chaining it to a speed limit sign.

Longway said residents came to his defense on social media.

“Made a lot of comments toward here that were not favorable at all,” said Longway. “So I have a lot of support from my community on this.”

He has since moved the decoration to his driveway and Longway said the HOA member apologized on Facebook.

“In the apology she made, I forget the exact words, but it had to do with she didn’t mean to use the word destroy,” said Longway.

Longway said he filed a report with the Moore Police Department to report the online threat that was made. Shortly after that, the HOA vice president rephrased her Facebook post.