Customs And Border Protection On The Lookout For Counterfeit Items 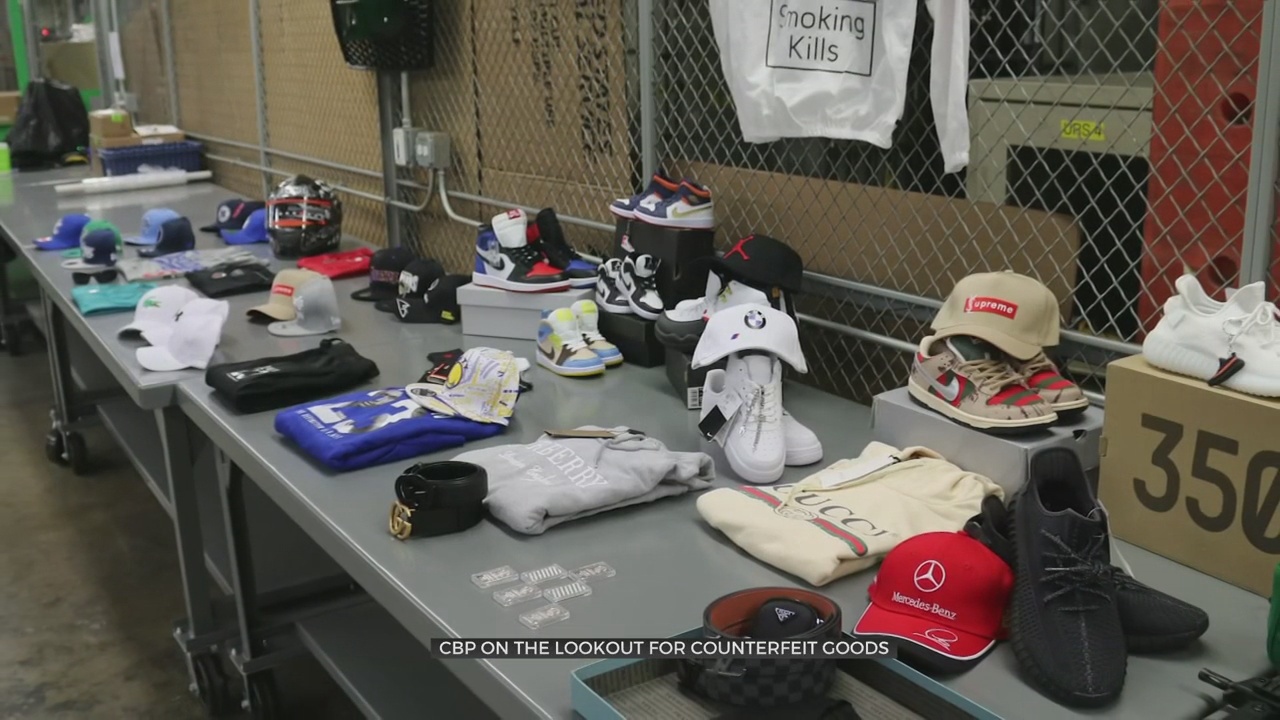 Customs And Border Patrol On The Lookout For Counterfeit Items

A warning from the federal government as we approach the holidays; be careful what you buy, especially online.

U.S. Customs and Border Protection warns this time of year crooks try to fool you into buying goods you think are the real thing. Officials say United States citizens are prime targets.

“It affects us so much because we are such a huge consumer nation,” said John Leonard, Executive Director, Trade Policy and Programs, at U.S. Customs and Border Protection (CBP). “We buy so much and a lot of the stuff frankly is made in foreign counties. A lot of it is made in Asia and China. These guys want to make a quick buck.”

Just this month in Dallas, on November 9, over $9 million worth of counterfeit designer bags, footwear ] and clothing was prevented from entering the country. All items CBP officials say could easily end up in Oklahoma.

It a dangerous practice, even deadly.

How can you protect yourself this season? Some red flags often include prices too good to be true, materials feeling cheap, or things falling apart almost right away. When not buying directly, it’s important to do your research.

“If you’re not buying from their actual website and you're going from a platform like eBay or Amazon, you’ve really got to be careful what it is and do some extra research,” said Leonard. “Read some of the reviews, see if they have some contacts in the states that you can get ahold of.”

It can’t be stopped overnight but working together in the fight can put an end to a damaging criminal act.

“If consumers do their part and then CBP on our end we do our part on the borders trying to stop this stuff from getting in, we’re going to help our economy,” said Leonard. “Counterfeiting hurts the economy. It takes away from legitimate jobs.”

If you believe you may have purchased already a counterfeit item or do this holiday season, you can report it to CBP by calling (800) BE-ALERT  or (800) 232-5378 or going online.

Customs And Border Protection On The Lookout For Counterfeit Items