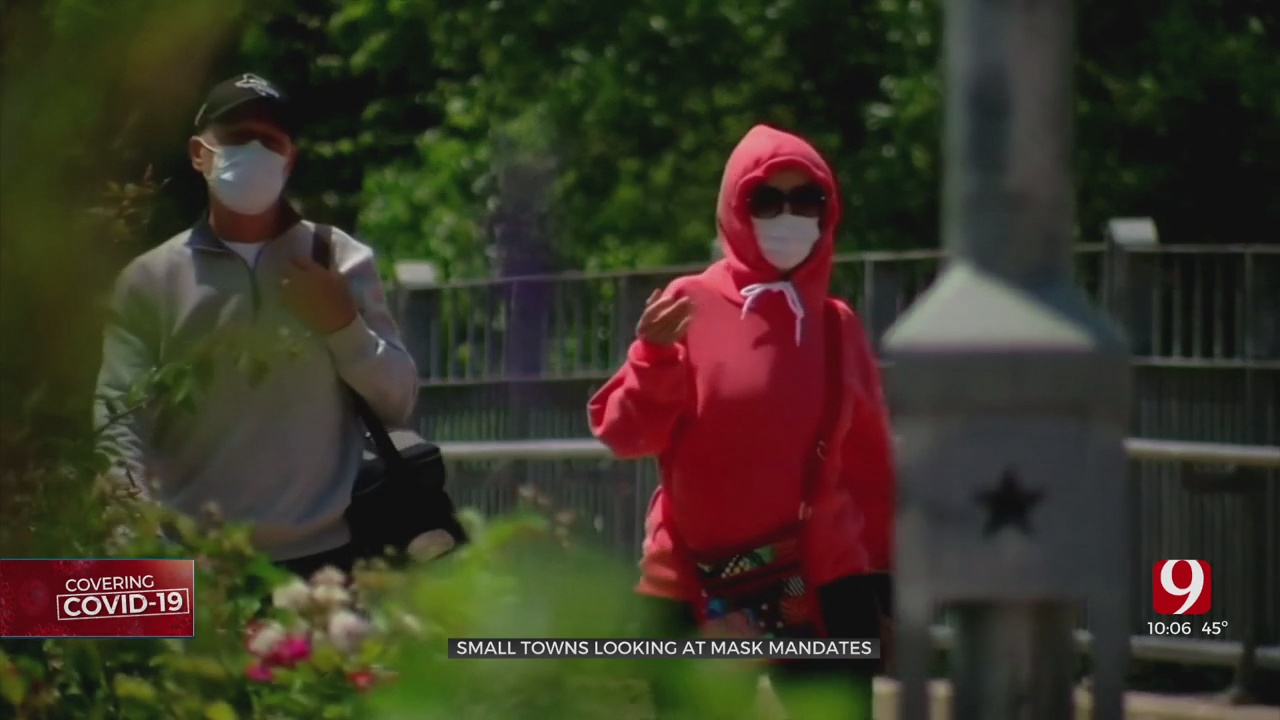 As COVID-19 has been on the rise in the state, doctors have said time and time again that our only defense against the virus, until there is a vaccine, is wearing a mask.

Many cities across the state have adopted mask mandates, but others have not.

“We actually had brought up previously to do a mask mandate and it was voted down a couple of months ago,” said Mike Brown the Mayor of Weatherford.

The vote was 5-0, but now Brown said given the circumstances with COVID-19 the idea has been brought up again.

“We don’t want to tell people how to run their life and some people think we are doing that by having a mask mandate,” said Brown.

Brown stated his main concern is their hospital in town having space if people aren’t choosing to follow CDC guidelines, like wearing a mask.

“The ability to care for those with COVID or something else, you get concerned with the other things like if someone has a heart attack can they find a room,” said Brown.

Custer County is in the orange zone on the department of health’s risk map.

Health officials have said the spread of COVID-19 is prominent in rural communities where there may not be mask mandates.

Brown said he is hearing both sides and wants to do what is best for their community.

“It’s not something brand new – everyone has been pretty good about following the rules,” said Brown. “I think this is just a matter of whether or not this will help.”

Weatherford City Council is set to discuss this idea at 8 a.m. Wednesday.