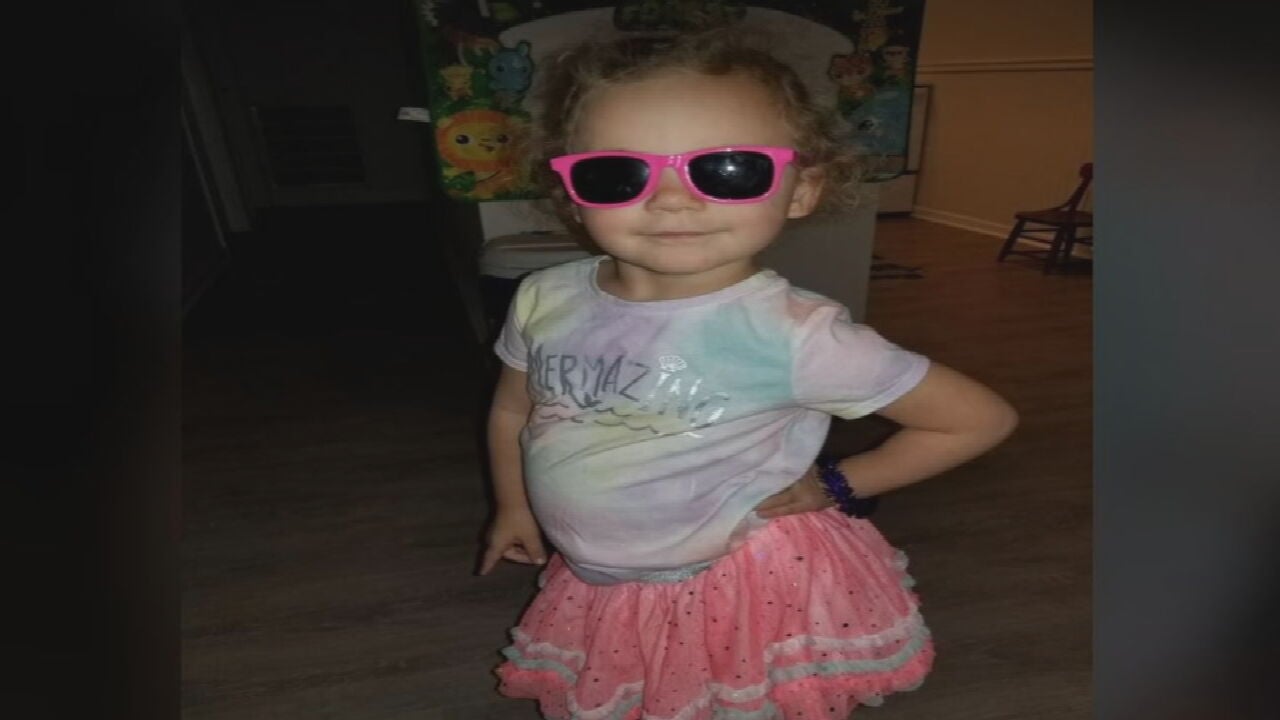 A 3-year-old girl is in the hospital after being attacked by a dog in Oologah on Friday.

Renee Cook says her daughter Sivya has had three surgeries on her face and head so far and has a long road to recovery. Cook says she has around 15 skull fractures and a broken jaw.

Cook says she got a call Friday that her daughter, Sivya, had been admitted to the ICU. She says she dropped everything and raced from Kansas to Tulsa.

"Just that I hoped my daughter was still alive at this point and not knowing what was going on and what happened," she said.

Rogers County Sheriff Scott Walton says Sivya was with her father and grandmother and initially, the grandmother told deputies the Sivya had been attacked by a stray dog. They say she later admitted it was their own dog who had attacked the little girl.

"The child had moved a food bowl, the grandmother sees the dog mauling the child, throws herself on the dog, also gets bit," Walton said.

Cook says Sivya has a long road to recovery and it's too soon to tell if there's any brain damage.

"It's probably going to take a very long time, there are certain things just as brain injuries, we won't know the repercussions of it until she's healed a little bit more," she said.

Deputies say the dog has been taken to a vet where it can be quarantined and be checked for rabies.

"We've got a three-year-old victim here whose done nothing wrong, I don't think that little girl could visualize she was doing anything wrong when she moved a bowl of food away from an animal," Walton said.

Walton says they will forward their report to the district attorney's office to see whether any charges will be filed.