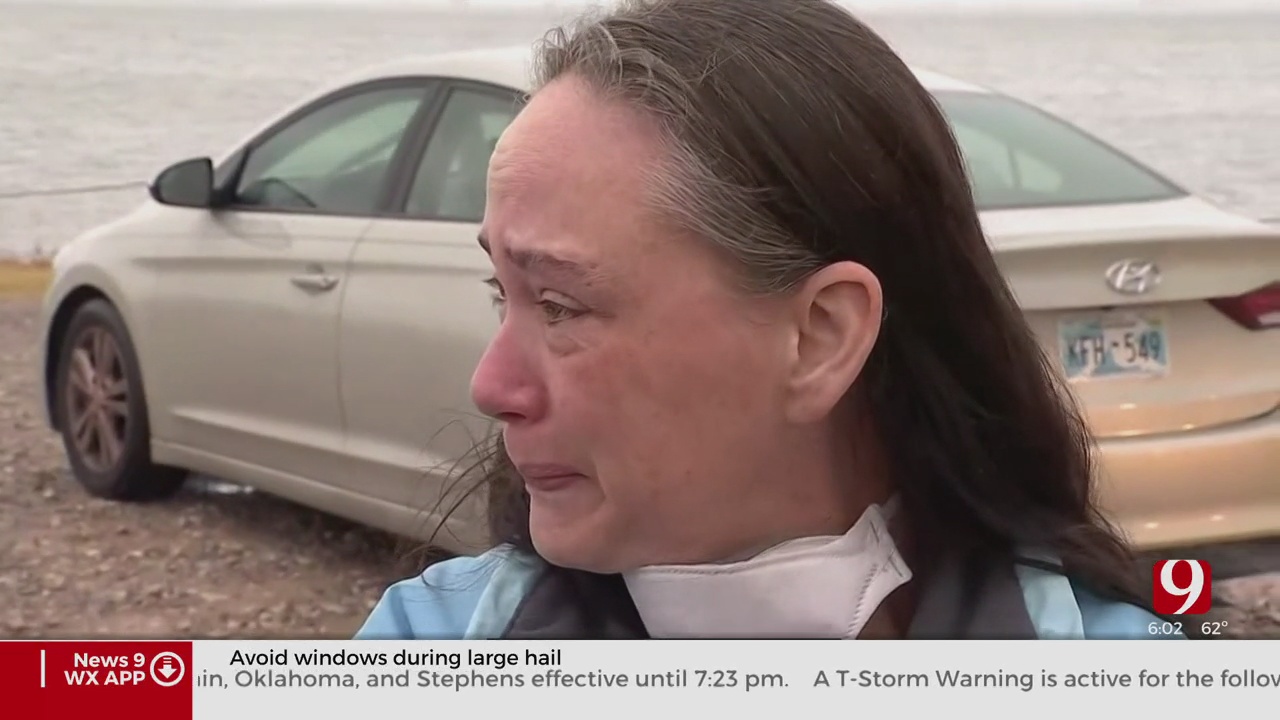 Oklahoma City firefighters spent much of the day combing Lake Hefner for a man who went missing early Tuesday morning.

He went into the water after missing a turn along the lakefront, officials said.

"I just don't know what to do," said Jennifer Anderson, Durrell's mother.

Officials said Durrell and his sister were driving along Lake Hefner when he misjudged a turn. Instead of following the gravel road, he went into the lake.

His sister swam to shore.

"According to her, they went, and it was dark, and they couldn't see, and they went into the water a little bit. Then he was like, ‘oh no, we have to push the car out.’ But water started coming into the car," said Jennifer.

The 16-year-old sister said she saw her brother escape the car before it fully was submerged.

The teen went to the hospital for treatment. The family said she has some scrapes and bruises but will be OK.

As for Durrell, firefighters were able to pull his car out of the lake. Crews called off the search Tuesday evening due to darkness.

But Durrell’s mother is not giving up hope.

The fire department said they plan to resume their search at daybreak.