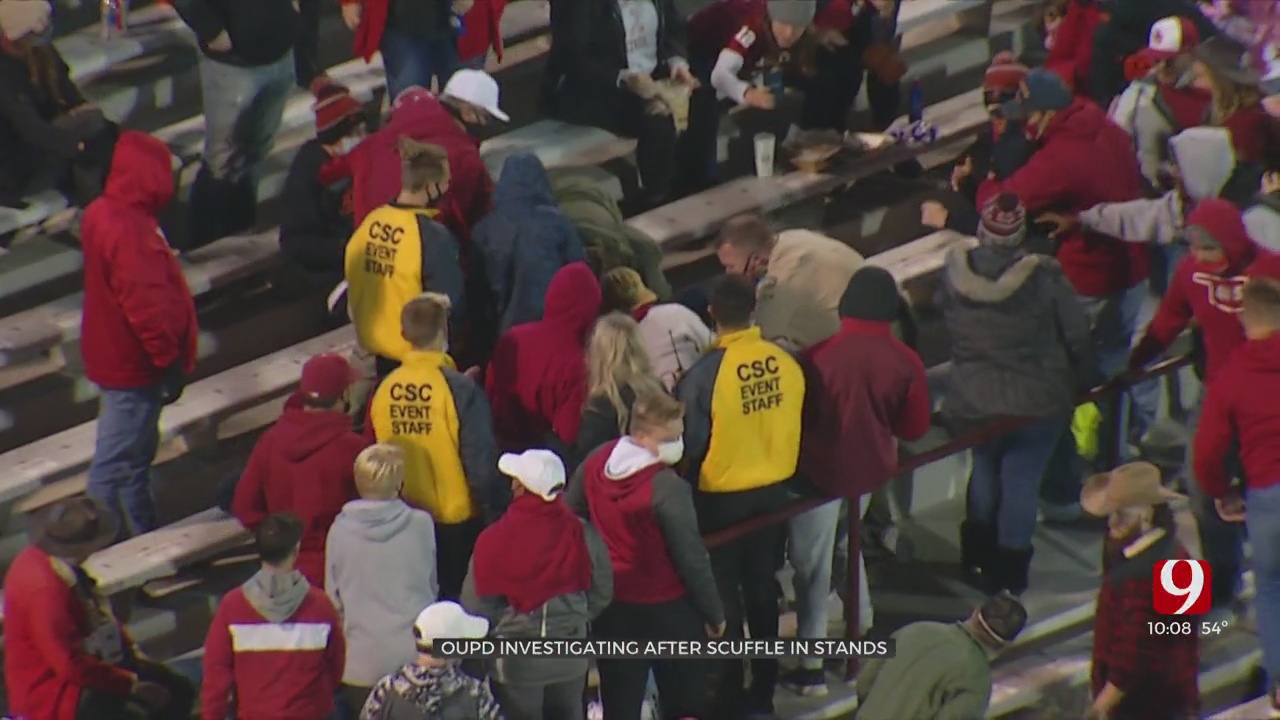 University of Oklahoma Police are investigating after an Oklahoma State University equipment manager was hurt during an altercation with fans at Saturday's Bedlam game.

The equipment manager was allegedly assaulted by OU fans during the second quarter of the game while trying to retrieve the ball after a field goal.

The University of Oklahoma provided the following statement:

The OU Athletics Department is aware of the interaction during Saturday night’s game between some fans and an Oklahoma State team staff member. The matter was immediately turned over to the OU Police Department and is under investigation with the athletics department’s full cooperation. No matter the outcome of the investigation, physical contact by any fan with an employee of any team is unacceptable. The department condemns the behavior of the involved fans, and once the individuals are identified, they will be banned from attending any future OU Athletics events.