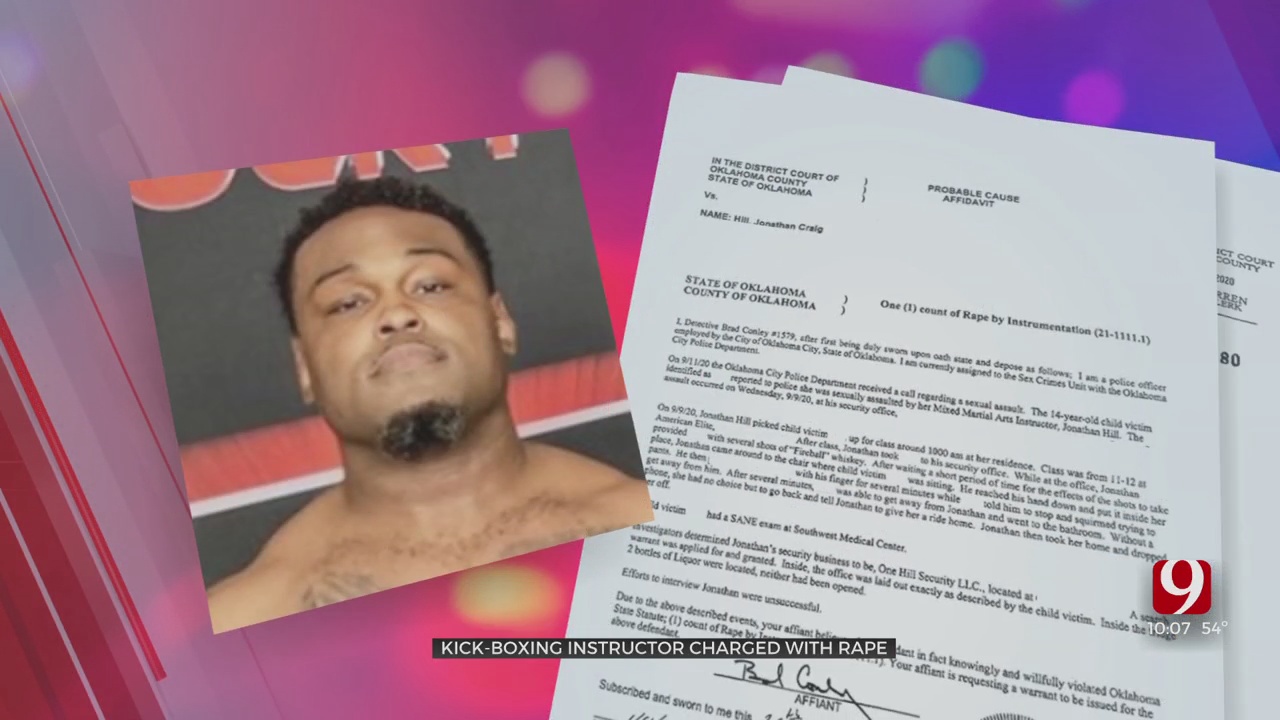 A metro MMA fighter and kickboxing instructor is accused of raping his 14-year-old student.

The victim told Oklahoma City police Jonathan Hill got her drunk and then assaulted her.

While the victim’s mother did not want to go on camera, she told News 9 her daughter idolized her instructor Jonathan Hill. Unbeknownst to her she said Hill spent the past year grooming her daughter before taking advantage of their family's trust.

When he isn't inside the ring, court documents show Hill worked part time as a kickboxing instructor at American Elite MMA in Oklahoma City.

Hill is now accused of raping one of his students.

“One point he began picking the girl up to take her to practice and then bringing her home. They trusted him, felt it was safe, they did not understand he had other intentions,” said Oklahoma City Police MSgt. Gary Knight.

But according to police, the assault took place at a security business Hill owns.

“At one point she described herself as feeling tipsy and then that was the point, he began to sexually assault her,” said Knight.

Because of his large stature, 6 feet, 250 pounds, the girl told police she struggled to free herself as Hill tried "to pull her pants down."

“She fought off the attack, she stopped it,” said Knight.

While she didn't report the crime immediately the girl's mother told News 9 she eventually broke down.

“She told a friend, who told her mother, and it ended up at the police department,” said Knight.

News 9 spoke to the owner of American Elite MMA. Following the allegations, he said Hill was immediately terminated and the OKC location closed for good.

He said Hill maintains his innocence.