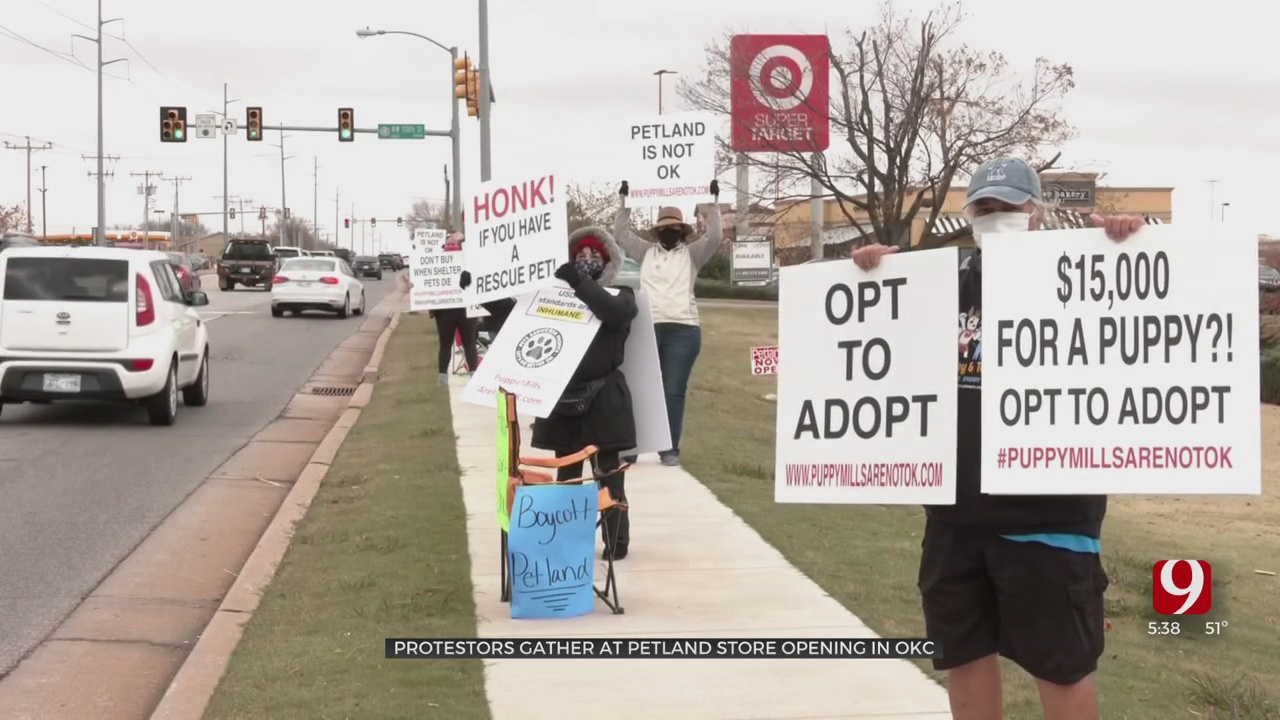 Protesters gathered this weekend outside the opening of a Petland in northwest Oklahoma City.

They said they are fighting against selling commercially bred puppies and kittens for profit.

"We are hoping people will adopt instead of shop," said Lindsey Hutcheson with Oklahoma Alliance for Animals.

According to the Oklahoma Alliance for Animals, Oklahoma ranks No. 4 in the U.S. for puppy mills. Puppy mills are where thousands of animals are forced to live in deplorable conditions.

"Puppy mills are not just your unlicensed people who have 50 dogs in cages,” Hutcheson said. “Right now, puppy mills are keeping dogs in tiny, tiny cages. They never get out. They eat, sleep poop and everything in these cages.”

While activists accuse stores like Petland of helping to support puppy mill operations and the mistreatment of animals, Petland store owner Carl Swanson denies the accusations.

"We give a lot of information on our dogs, and we invite people to come and see what we are doing and learn the truth," Swanson said.

Before purchasing animals for his store, Swanson said he personally visits breeders to make his animals are not being mistreated.

"Petland is all about matching the right pet with the right family and meeting the needs of both," Swanson said.

Swanson said the breeders he goes through are inspected by the USDA, the state, the American Kennel Club and veterinarians.

That's only part of the problem, according to Hutcheson. She said pet stores are responsible for compounding an already growing problem.

"Last year alone, Oklahoma euthanized 18,000 to 19,000 dogs in our shelters just due to overcrowding,” Hutcheson said. “We have a major overpopulation in Oklahoma, and we are really hoping to get dogs forever homes.”

"Not every breeder meets our standards," Swanson said.

This is not the first rally against Swanson's Petland stores in Oklahoma City and Tulsa. Late last month, activists gathered in Tulsa for that location’s grand opening.