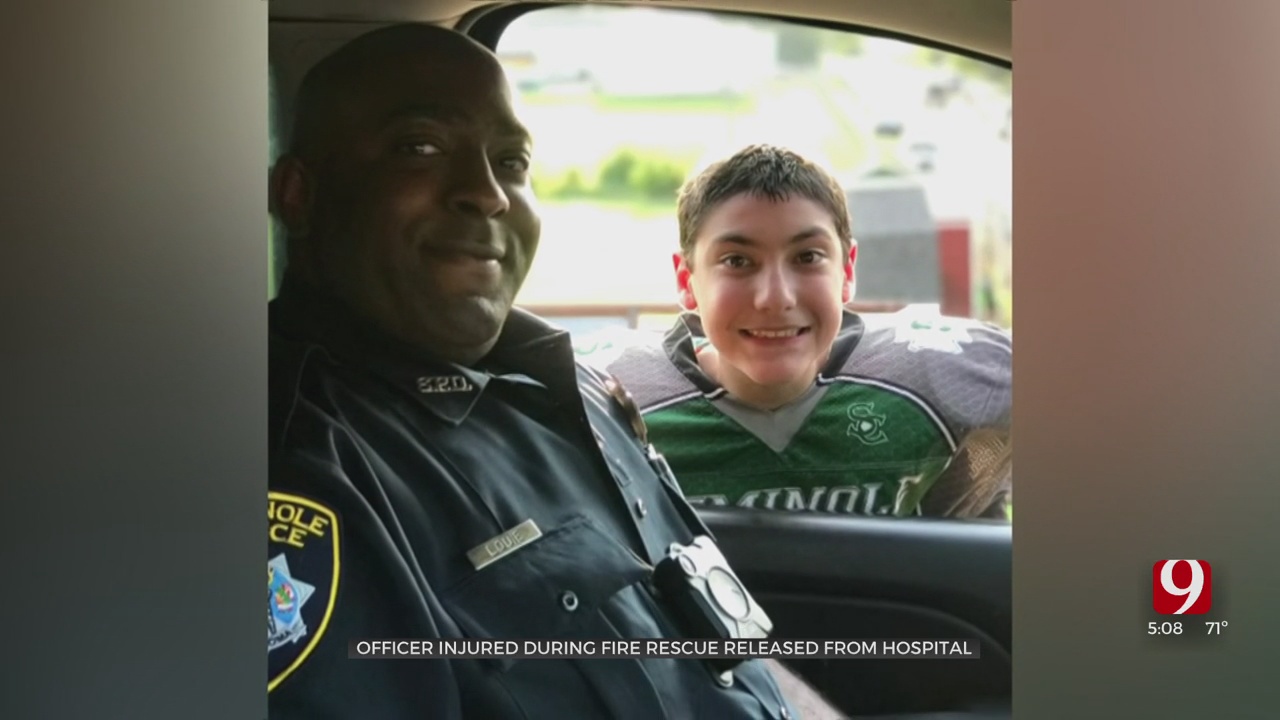 A Seminole police officer who rushed into a burning home to rescue his two sons last Friday morning was recently released from the hospital after suffering second-degree burns.

Officer Anthony Louie said he didn’t know it was his own home on fire until he arrived on scene.

“It was full of smoke, so you couldn’t see nothing,” son Thomas Louie said.

Video from a neighbor shows the glow from the flames, as Officer Louie arrives on scene and makes his way inside.

“I was just wrapped in a fireball and I fell to the ground,” Anthony Louie said. “I started yelling for my kids.”

Louie said he found his two sons in the kitchen and was able to get them out through the back door.

Thomas, 14, and AJ, 7, were safe. However, their dad suffered second-degree burns to his arms and the right side of his face.

“To feel your whole body on fire, and your uniform to be just basically glued to you, it was intense,” Louie said.

Louie said it was one of the toughest moments of his eight years as a police officer. He never thought he’d have to be saving his own children.

“You go on duty, we’re serving everybody else whenever we’re working,” Louie said. “Never ever thought it’d be my residence at all.”

Officer Louie was released from the hospital after four days and reunited with his family. Their home is a total loss, but he said they’ve received overwhelming support from the community.

“It’s Seminole,” Louie said. “Might be a small town but everybody has a big heart and I just couldn’t believe the support.”

Louie said he hopes to be working again as soon as possible.