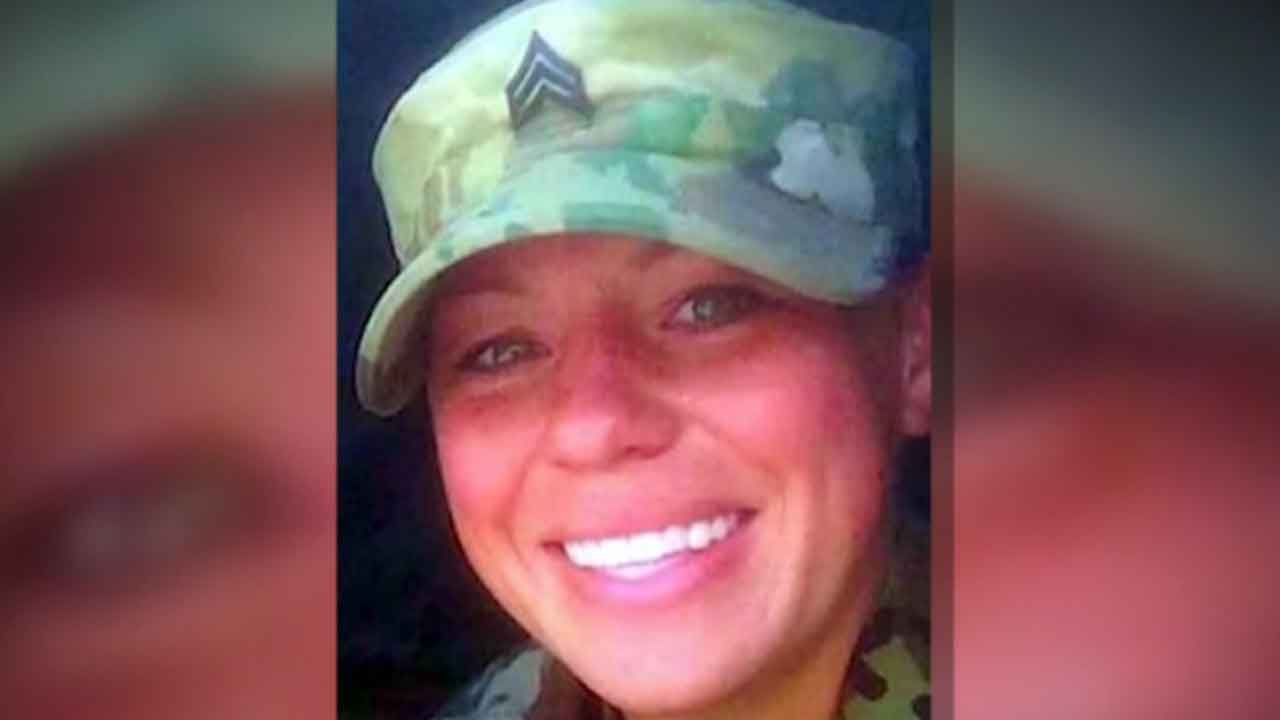 Morgan Robinson knew from a young age she wanted to join the military.

"When she turned 21, she said, 'Mom, I gotta talk to ya.' And she told me then that she had joined," Debbie Robinson told "CBS Evening News" anchor and managing editor Norah O'Donnell.

Morgan had been in the Army National Guard for six years when she was sent on her first deployment to Kuwait in 2016.

"When she was in Kuwait, she was sexually assaulted and continually harassed by one of her superiors," Debbie said.

Morgan reported the assault but the response she received was "nothing," according to her mother.

"She got nothing," she said.

While on that same deployment, Morgan was sent to Afghanistan, where she was sexually assaulted again. Multiple fellow soldiers allegedly gang raped her.

Morgan was afraid to report what happened in Afghanistan, Debbie said.

"She was very scared," she said. "Because they threatened her, number one. And number two, she knew that it wouldn't go anywhere. Nothing happened in Kuwait with the sexual assault and the harassment, so why would they do something, you know, in Afghanistan?"

In April 2018, then-Secretary of Defense James Mattis said there was zero tolerance for sexual assault.

"While battlefield casualties are a reality of war, we will accept no casualties due to sexual assault in our military family," Mattis said.

The Army launched an investigation into Morgan's death.

They gave Debbie a copy of the AR 15-6 investigation into her daughter's death, but page after page was heavily redacted.

"I just didn't understand how they could actually stand there and look me in the eyes, and hand that to me," she said.

At the time, a principal policy advisor to the military's sexual assault program reaffirmed the Pentagon's commitment to hold itself accountable.

But what Debbie found in the unredacted pages of the report into Morgan's death told a much different story. The investigation into her death says, "Sergeant Robinson suffered sexual, physical, and psychological trauma while deployed. The sequela of this trauma was a factor in her death."

Asked what led to her daughter's death, Debbie said, "The military. The way they did not handle what happened."

"They can't police their self. How can you investigate yourself? You can't," Debbie said, explaining what needs to change.

Eight months after Morgan's death, her command issued the officer who assaulted her in Kuwait a written reprimand.

"If I was a commanding officer, and if I had kids, what would you think if that happened to your daughter, or your son? What would you want to happen to them?" Debbie said. "Are they just going to sit back and, 'It's okay'? They would want justice also."

"Everything just plays over and over and over in your head, thinking, 'Did I miss something? Could I have done something?' You know, you're a mom," Debbie said. "That's what you're there for, is to protect your kids. And I couldn't protect her."

The Army declined CBS News' request for an on-camera interview, but said in a statement they conducted a full investigation and took appropriate action against the reported perpetrator.

Debbie said she wants people to know that her daughter was doing a job, "a job that she loved. It was for her country."

"And to think that that's what took her life. That's what broke her," she said. "They wanted her body. And they took her soul."

Service members or civilians who were sexually harassed or sexually assaulted by a member of the U.S. military can seek legal services with Protect Our Defenders.

Can You Relate: Halloween Inflation