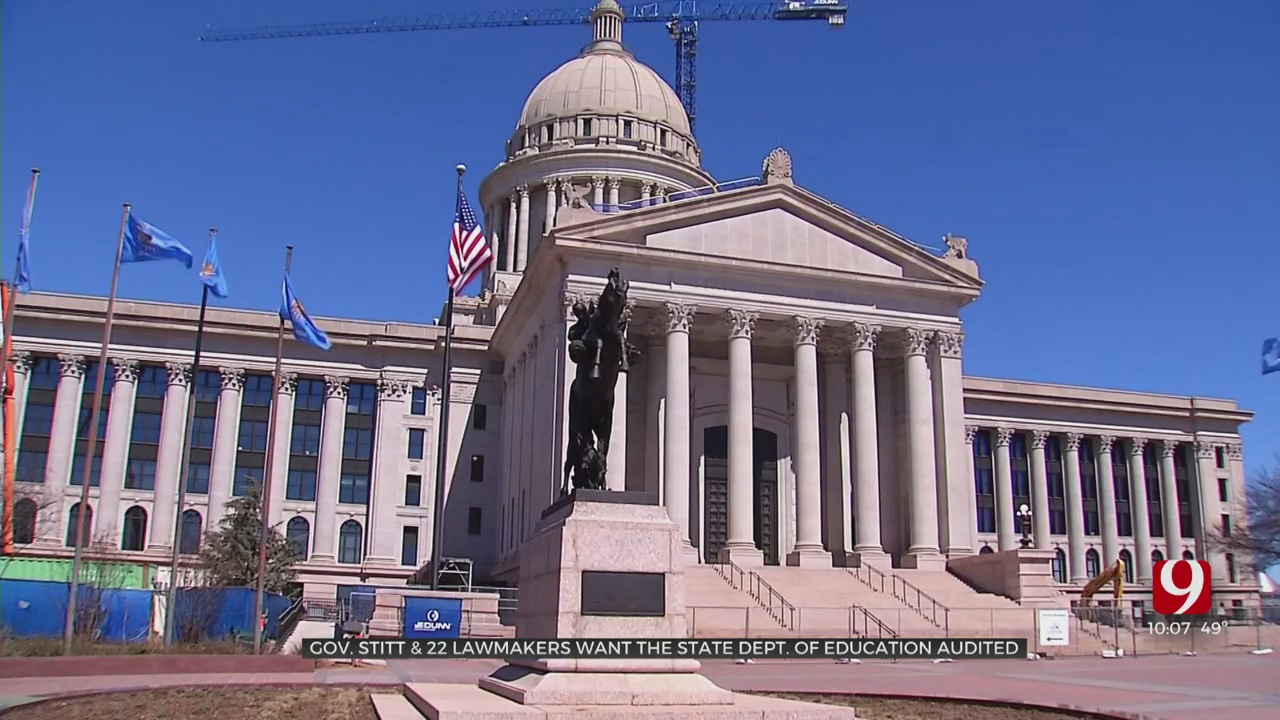 Governor Stitt has backed 22 lawmakers who are asking for an audit of the State Department of Education. This comes after the findings were released in the audit of Epic Charter Schools.

State House Representative Chad Caldwell said the main reason for the audit is to make sure they can get both sides and a full story.

"We spend more money on education in the state than we do on any other service,” said Caldwell.

Caldwell said this is just the initial findings, but if they are true Epic will need to be held accountable. The same would go for the State Department of Education if there were any findings in an audit.

"What the state auditor found is there are basically no policies or procedures at the State Department of Education to ensure those rules and regulations were followed," said Caldwell.

Caldwell said this is about protecting taxpayer dollars.

He said that this audit would be hyper focused on the Oklahoma Cost Accounting System or OCAS. That is a system that every public school must use and follow.

"So the dollars that are spent they identify kind of what the purpose is for those dollars,” said Caldwell.

The State Department of Education rebuked the audit request, saying it is more than willing to sit down and talk with any lawmaker. A spokesperson said they believe the group's concerns may stem from a misunderstanding of what has occurred as it relates to the [Epic] audit.

The governor’s office said Governor Stitt is putting together a request to send to the state auditor’s office. No word yet on when that will be.