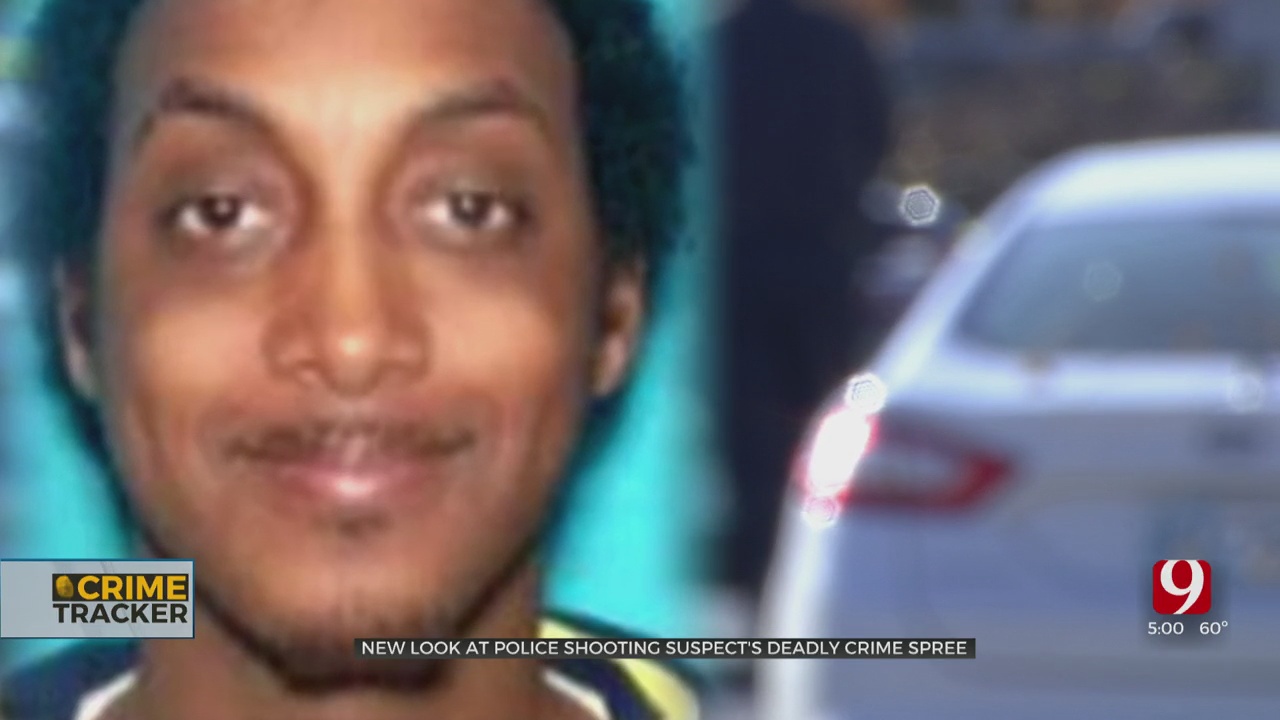 An Amber Alert suspect died and was accused of starting a shootout with police in downtown Oklahoma City.

Police said the man was also responsible for a deadly crime spree across the metro.

It all started Tuesday morning. That was when police said Brandon Milburn, 37, got into a fight with his girlfriend Shatica Hixon, 23, at a home in southeast Oklahoma City.

Not long after, police were called to investigate Hixon's death and they learned Milburn had the couple's toddler. The department issued an Amber Alert. Milburn dropped the child off with a family member in southwest Oklahoma City and investigators said he continued on his deadly crime spree.

Milburn first stole a white pickup from a local business. An employee went to find the vehicle, and it reportedly appeared to be abandoned on SW 95th Street.

“When the employee approached the vehicle, this white pickup truck, Brandon appeared from behind the trees and opened fire on the employee.” said Stewart.

The employee, 34-year-old Stephen Huskey, died at the shooting scene.

About an hour later, police said Milburn stole another car.

“He robbed a juvenile at gunpoint of his car,” said Stewart.

Then, he abandoned that car near SW 122nd Street and May Avenue. Officers searched the area but never found him.

Meanwhile, Milburn's family turned his child over to authorities once they learned of the Amber Alert.

“They took that child to the Love County Sheriff’s Office where OHP assisted them,” said Stewart. “The child has since been placed in protective custody.”

About 4 a.m. Wednesday, officers spotted Milburn driving near SW 104th Street and May Avenue. He led officers on a pursuit that ended in downtown.

Officers said Milburn opened fire and died after nine officers at the scene fired back.

In addition, police said Hixon was nine weeks pregnant. The state medical examiner will determine if that is an additional homicide.