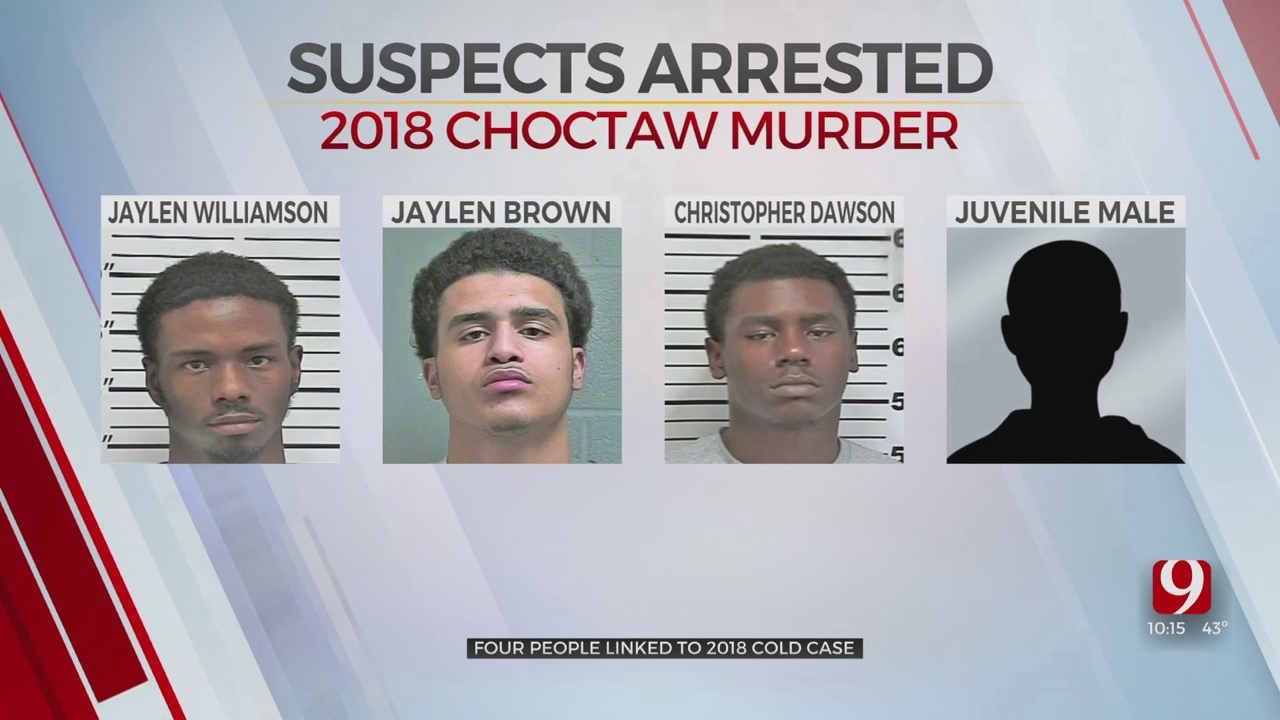 The Oklahoma State Bureau of Investigation said four suspects are expected to be arraigned on first-degree murder charges in the 2018 death of a Choctaw father.

Jaylen Brown, 20, is also expected to be charged in the case however he is already behind bars on a second degree murder charge following a 2019 Oklahoma City Hookah Lounge shooting that left one man dead. The shooting happened on February 17, 2019 at Session Hookah Lounge.

All suspects involved were under the age of 18 at the time of the Choctaw shooting.

On August 17, 2018, a citizen contacted the Choctaw Police Department about a body that had been discovered next to a motorcycle on Northeast 36th Street near Henney Road.

The homicide had been the city’s first homicide investigated in six years.

Police later identified the victim as Eric Trammell, 35, who had been shot twice, once in both legs.

“Nothing was turning up, there were no video surveillance cameras where he was killed,” said Ron VanLandingham, Trammell’s stepfather. “It just seemed like it was bleak.”

The victim and four suspects were seen on surveillance footage at the Choctaw Shell gas station on Northeast 23rd Street.

Trammell had withdrawn $200 from an ATM at the gas station. Following the transaction, both Trammell and the suspects left.

Months later, another tip led investigators to a video posted on social media that helped lead to the identification of the other suspects involved in Trammell’s homicide.

Investigators believe Trammell was trying to buy a gun from the suspects when he was shot.

As all four suspects are expected to be arraigned on first-degree murder charges, a family is now ready to watch lady justice go to work and are left with many questions.

“Why? Over just a little bit of money,” said Debbie. “I would want answers. I just want to know why. How can you take somebody’s life over $200 dollars?”

Williamson and Dawson are being held at the Oklahoma County Detention Center without bond.