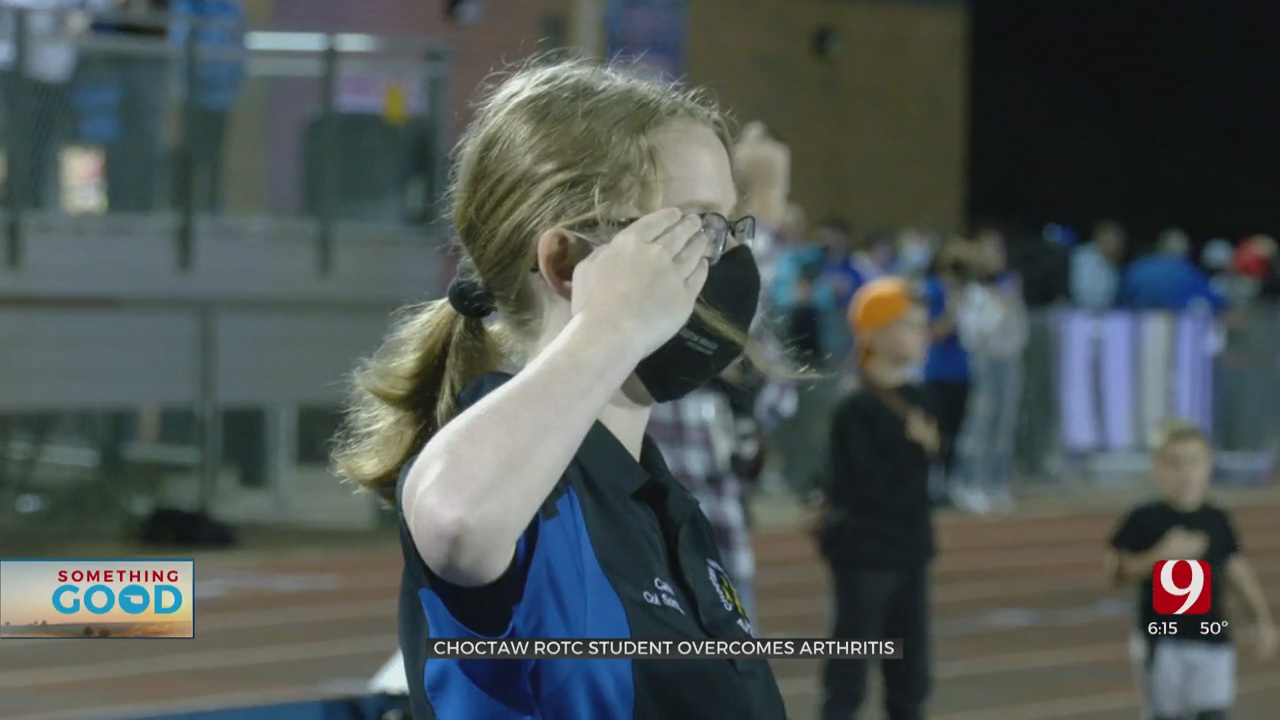 Brianna Sommers always wanted to be a part of the ROTC program at Choctaw High School, but she became more than just a part of it.

Friday was her last day as the group commander for the Air Force Junior ROTC, the top spot in the cadet-run program.

"We'll miss her. We'll miss them all, but some of them we miss in particular and that will be one of them," said Col. Kevin Jones, senior aerospace science instructor at Choctaw High School.

They will miss her leadership, someone everyone can look up to, and be inspired by what Brianna has overcome.

"At nine years old, I was diagnosed with arthritis and fibromyalgia, and that affected me a lot," said Brianna.

In the past, it was enough to put her in a wheelchair.

"You're stuck in this mindset of, I can't really do it, and then as you go further, you start to go through physical therapy, you start to do things you didn't think you could do," said Brianna.

Brianna's determination has even taken her to the state capitol. She felt her own treatment was hindered by something called step therapy, a process that sometimes forces patients to take drugs an insurance company chooses over what a doctor originally prescribed.

Working as a junior ambassador with the Oklahoma Arthritis Foundation, Brianna worked with state legislators to pass Senate Bill 509, which places limits on step therapy.

"I get to help those who can't speak up for themselves, who can't go up to these senators, and say, 'hey, we need this fixed,'" she said.

Brianna is also pushing for reform at the federal level, and while she likes working with politicians, she has no aspirations to be one.