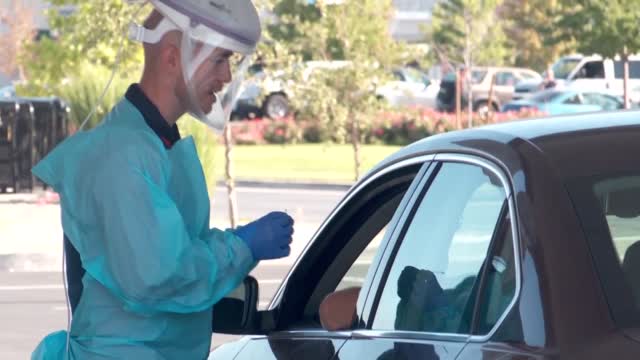 The U.S. on Monday surpassed 10 million confirmed coronavirus cases, marking yet another grim milestone as the nation grapples with a sustained surge, especially in the Midwest. The nation has seen more than 1 million new cases in just 10 days, continuing a trend of more than 100,000 cases reported per day.

Meanwhile, Johns Hopkins University also reported more than 50.5 million COVID-19 cases globally as of early Monday. There have been more than 1.2 million deaths from the disease worldwide since the pandemic started.

The U.S., with about 4% of the world's population, has accounted for almost one fifth of all reported cases. The nation has seen more than 237,500 deaths from the virus since the pandemic started, according to the university's data.

The milestone comes as U.S. drugmaker Pfizer said that human trials suggest its coronavirus vaccine is 90% effective at preventing infections in people not known to have had the virus already. Pfizer said it would be applying for Emergency Use Authorization from the FDA as soon as final data meets safety milestones, which it expects to happen in the third week of November.

President-elect Joe Biden said in his victory speech Saturday night that he will announce a task force to lead his preparations to respond to the pandemic on Monday.

On Sunday's "Face the Nation," former FDA Commissioner Dr. Scott Gottlieb predicted that by the time Biden is inaugurated in January, the nation will be at the apex of the latest wave of the pandemic.

Asked in an interview Friday whether he would advocate for a national lockdown. Dr. Anthony Fauci told England's Oxford Union Debate Society "we're not in that place now."