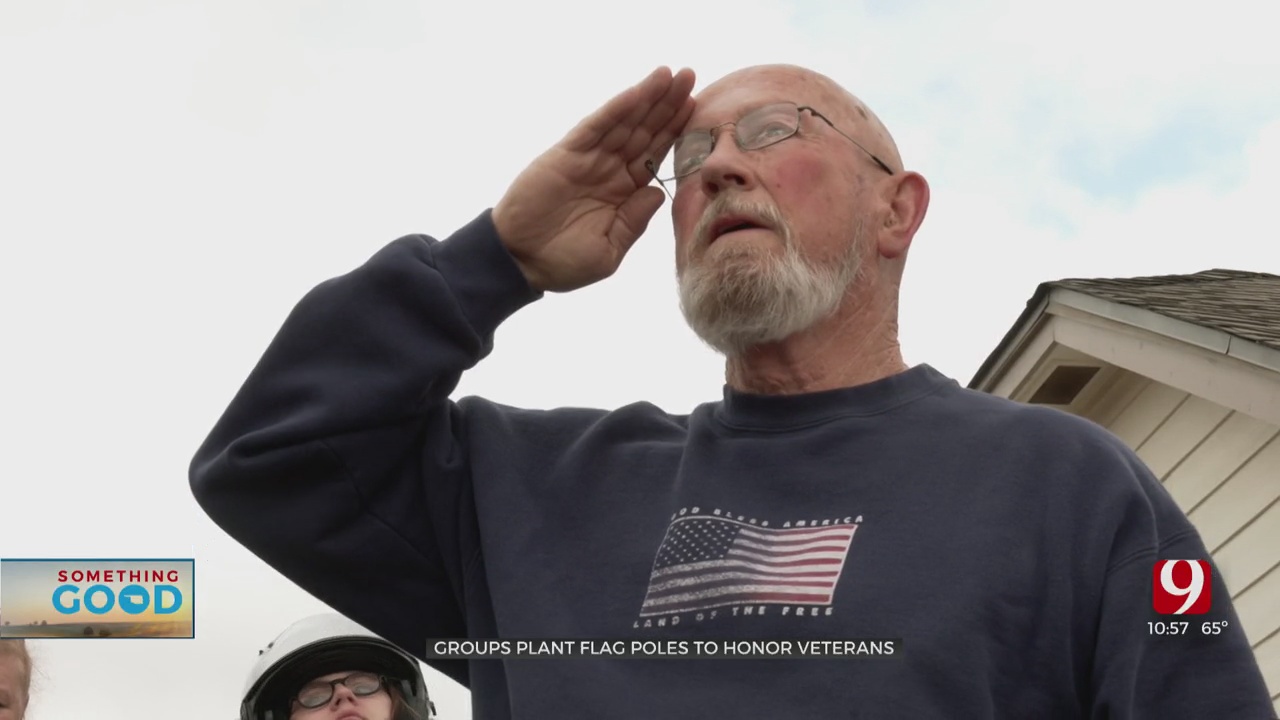 An organization called Flag Poles Honoring Our Veterans is making it their mission to set up 22 flag poles in memory of the 22 veterans on average who take their own lives each day.

The nonprofit working to get flag poles up and honor those who served the country began its journey earlier this year.

“It's emotional,” Flag Poles Honoring Our Veterans founder Kevin Blake said. “We have done 54 flags this year, and each one has been unique and special in some way.”

Blake had his organization split up throughout the metro. They jumped on their bikes and had a chance to see a veteran light up with joy as a flag was planted in their front yard.

Sargent Major Charles Giddens was just one of the 22 veterans to receive a flag. The flag he received was planted by one of the men in his battalion.

As the flag rose to thank him, it was also a moment for those to see the ones that affect their unseen wounds daily.

"When I see them tear up or get emotional. I know we touched them in a way they deserved,” Blake said. "We did our job. We did something they deserve.”

Volunteers and bikers in Oklahoma gathered to help make this happen along with Wounded Veterans of Oklahoma and the Flags of Honor Escorts organization from out of state.

"If we can prevent one every day, then we are making great steps,” said Cale Grauberger with Wounded Veterans of Oklahoma. “There is now 21 others we need to worry about.”

These groups working to honor veterans are asking everyone to reach out to a veteran and check in on how they are doing.