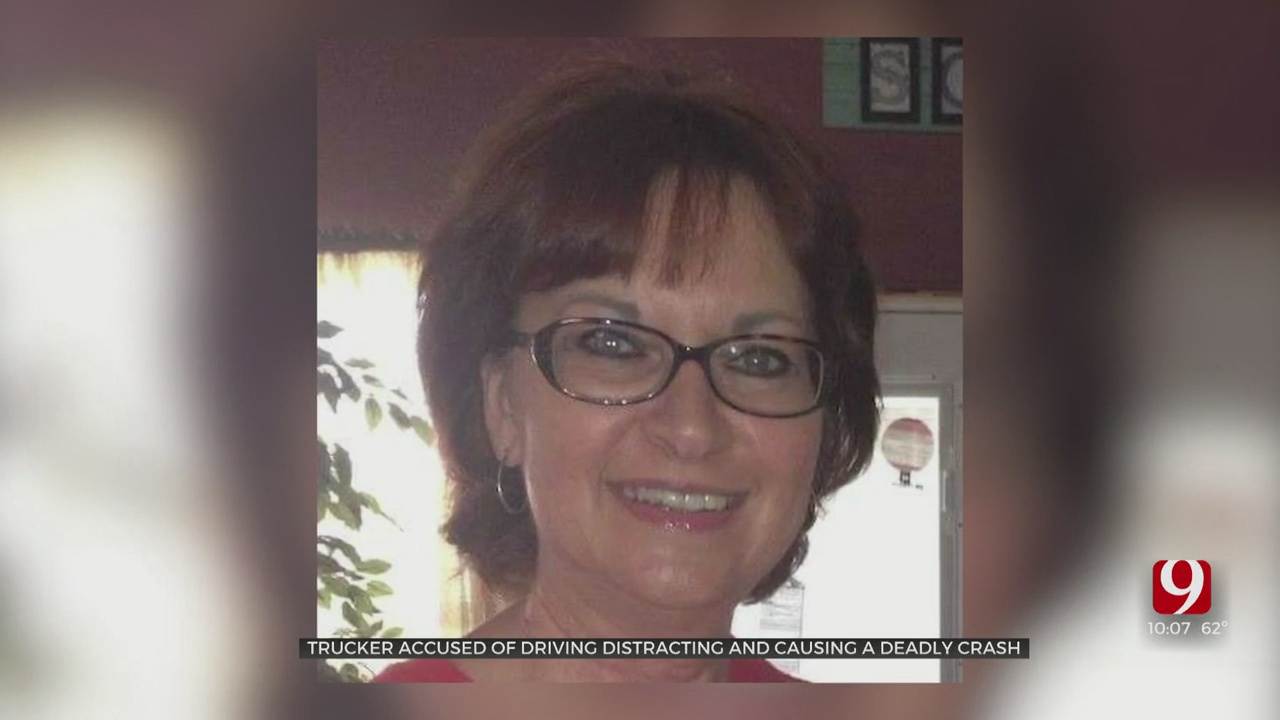 Investigators said a truck driver was driving distracted on Interstate 35 where he killed a woman and injured her husband.

Oklahoma Highway Patrol troopers responded to the crash on March 2 near mile marker 82 in McClain County.

A semi-truck driven by 58-year-old Johnny Spradlin was surrounded by other vehicles approaching a construction zone.

Investigators said surrounding vehicles slowed down, but Spradlin did not. He crashed into a 2016 Chevy Traverse driven by 63-year-old Julia Kraus around 9:30 a.m.

Kraus was pronounced dead at the scene.

Kraus’ husband was a passenger in the vehicle. He was injured in the crash but survived.

“He (Spradlin) was distracted,” OHP Trooper Shayne Ballard said. “He said he looked down at this electronic log book for a brief moment, looked back up and didn’t realize traffic had stopped.”

“Anytime you are driving a vehicle that is going to be a huge difference in weight to a passenger car, it is going to cause some serious injury or potentially death anytime you run into someone else on the roadway,” Ballard said.

“If you see backed up traffic, you need to pay attention because traffic could be at a complete stop before you know it and your life could change in seconds,” Ballard said.

If Spradlin is convicted on a manslaughter charge, he could serve anywhere from four years to life in prison.