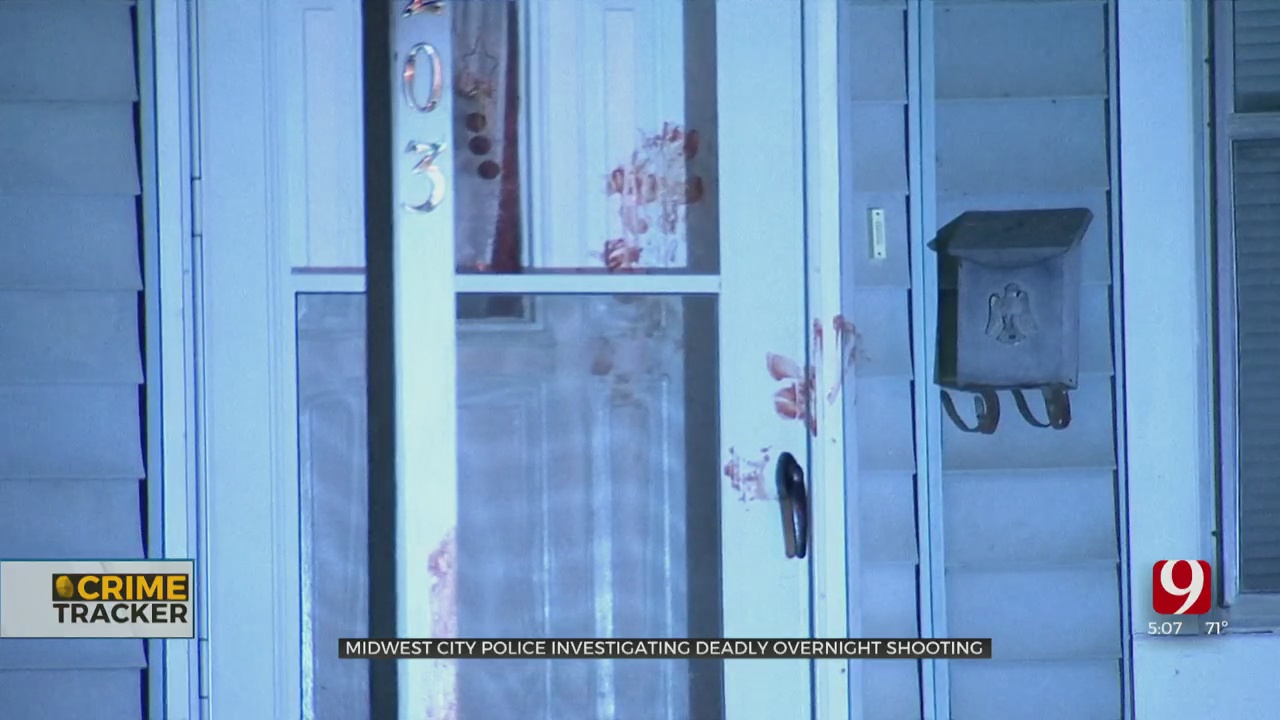 Midwest City police are closing in on a possible suspect in connection with a Thursday morning shooting.

A man was found dead in a front yard on Sandra Drive near SE 15th Street. Police do not think it was a random shooting, but at this time, do not know the shooter's motive.

Residents on Sandra Drive watched as investigators worked a crime scene near their homes. Someone called 911 around 3 a.m. Thursday after hearing gunshots.

“Our officer was a block away, and when he arrived, he found our victim,” said Chief Brandon Clabes, Midwest City Police Department. “A black male lying in the front yard suffering from a gunshot wound.”

“We do know the victim was shot,” said Clabes. “(He) ran next door for help, pounded on the front door for help and then went back and collapsed.”

Clabes said the victim, who was in his 30s, died in his front yard. The man's family told police they do not know why someone would want him dead.

“My girlfriend said she heard something around three o’clock last night,” said Blaine Hunt, neighbor. “As far as specifics I don’t know. She just said her dog started barking and then she heard some loud cussing and yelling.”

Hunt and his girlfriend did not realize the arguing turned deadly until later in the morning.

“We just woke up around six to go to work and this is what we woke up to,” said Hunt.

As crime scene investigators collected evidence from the home, officers hit the streets for a suspect.

“Our investigation has revealed a possible suspect and we’re pursuing those leads as we speak,” said Clabes.

Police did not release the victim's name.