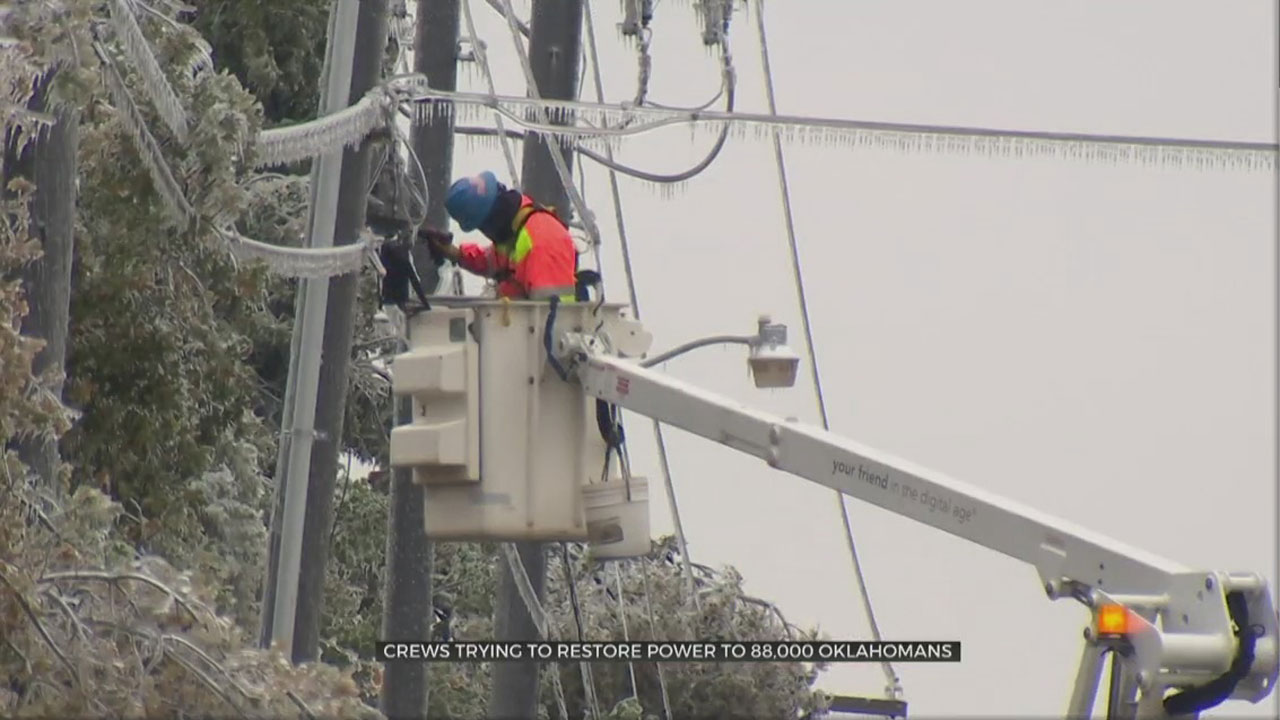 Thousands of Oklahomans are waking up to day eleven without power after last week's ice storm.

Tens of thousands of them are OG&E customers in Oklahoma City.

OG&E restored power to nearly 360,000 homes across the state. They still have around 4,000 personnel form 18 states working to get the rest of it finished. It's the largest restoration force in OG&E history.

OG&E does say this recent ice storm has caused around 40% more damage than normal, because it happened so early in the season, and most trees still have leaves on them.

David Kimmel with OG&E says that some of the work left to be done has to start with the customer calling in an electrician or a tree trimmer.

"If it is the service line between the power pole and the house or if it deals with the meter base or the weather head, then yes, that is the customer's responsibility," said Kimmel.

OG&E estimates power will be restored to everyone that can take power by late Friday.

People can find out when their lights are expected to be back on through their OG&E account online.

Oklahoma Electrical Co-ops also have more than 4,000 still without power, mostly in Caddo and Canadian Counties.