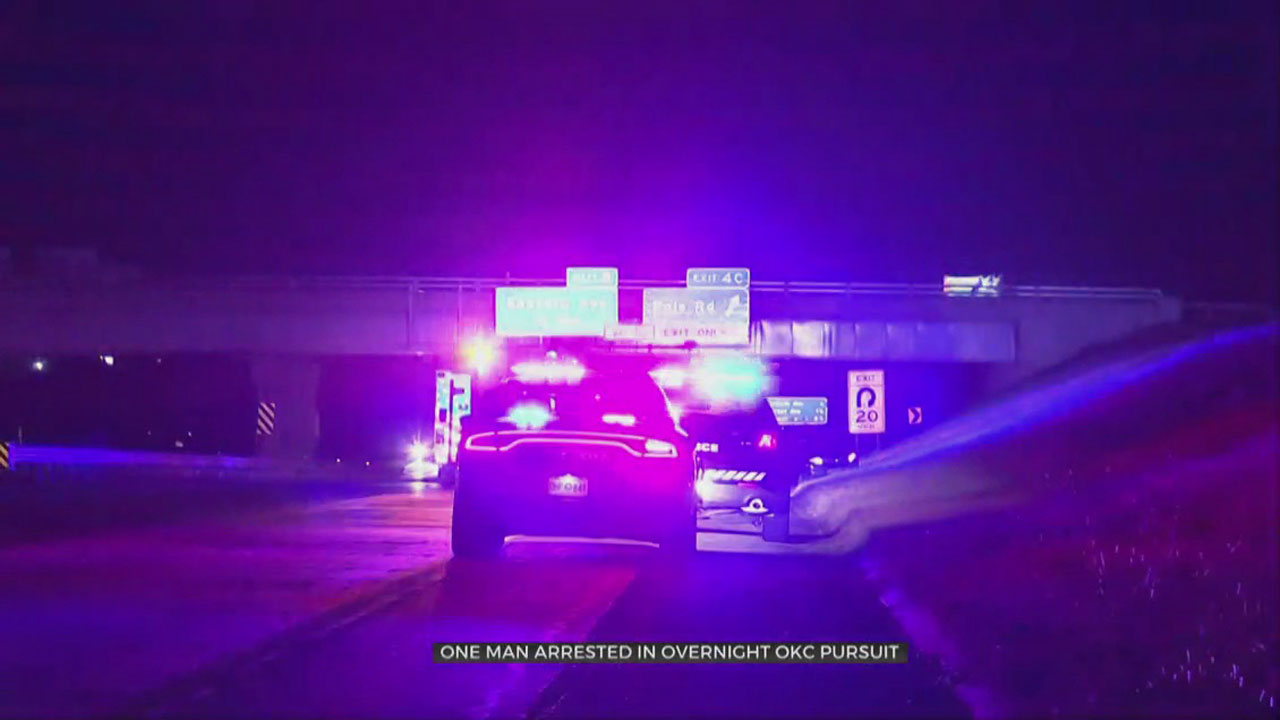 Oklahoma Highway Patrol Troopers said one man is in custody after an overnight pursuit Thursday that ended in a crash near Interstate 240 and Pole Road.

Troopers said when they tried to pull the suspect over, he took off.

The driver crashed and tried to run away before troopers caught him.