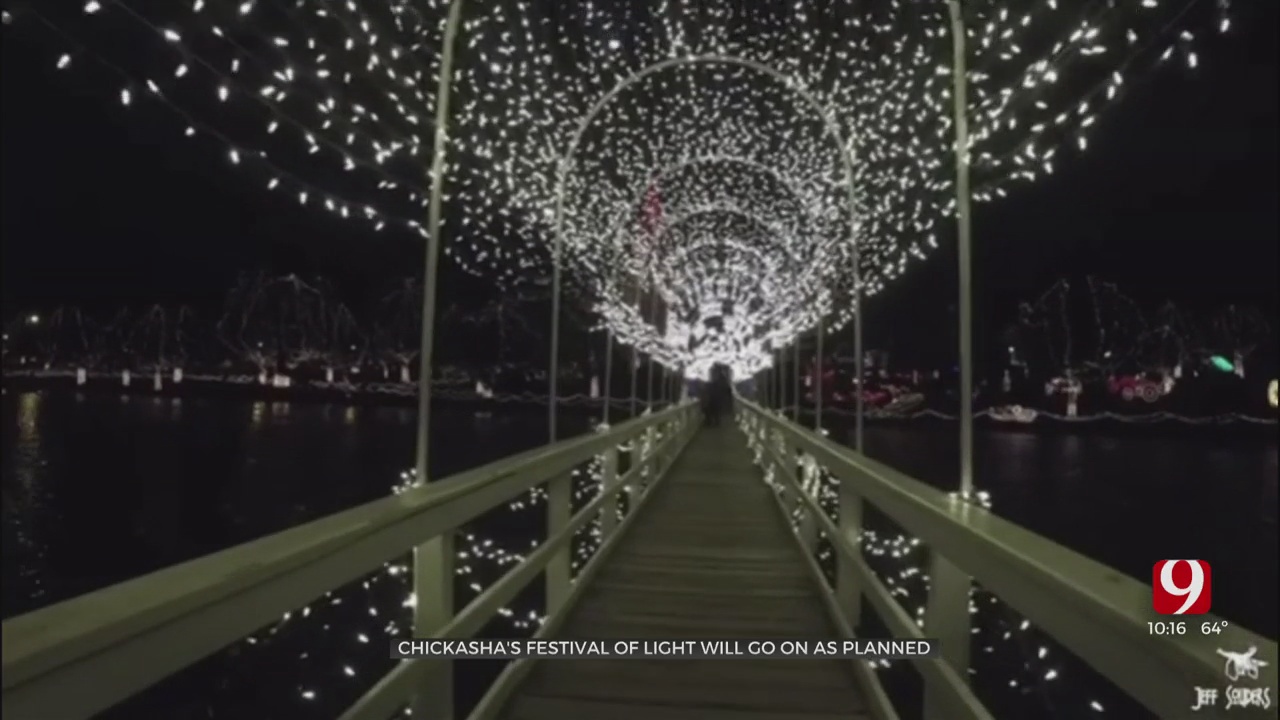 However, it’s quite the opposite for Chickasha’s Festival of Light. Organizers said crews have been in overdrive cleaning up drowned branches in Shannon Springs Park.

The annual event is now in its 28th year.

Other than fresh tire tracks in the ground, it’s hard to tell a historic October ice storm wreaked havoc at Chickasha’s Shannon Springs Park just weeks before the highly anticipated Festival of Light.

“We have about 250 trees in the park and every single one of them sustained some kind of damage,” said Blake Elliott, who is on the Board of Directors for the event.

For six days straight crews worked to clear the park of fallen branches.

Seventy-five trees had already been decorated by volunteers.

“Once I came to the park my heart sank, I was shocked at how much damage there was,” said Elliott. “Most of these trees out here are very mature. They just took a beating.”

The parks icon took a beating too. Strands of lights that make up a 162 ft. tall tree came crashing down in the storm.

“We have to individually screw in every single bulb on the strands of lights and then we have a local guy here in town, his name is Patrick Philips,” said Cassandra Ersland, Executive Director. “He owns a tree trimming company here in town. He’s gets on a big lift and climbs up to the very top to replace the lights for us.”

Cancelling wasn’t in this year’s vocabulary.

If anything, organizers said 2020 has pushed them to make this year extra special.

“We think it is a great thing for people to get out and view as a thing they can do safely being outside or they can stay in their car the entire time,” said Elliott.

According to the City of Yukon’s website, “Christmas In The Park” is still a go this year.

The Festival of Light, this year with a bigger ice rink, is scheduled to kick off in Chickasha November 21.