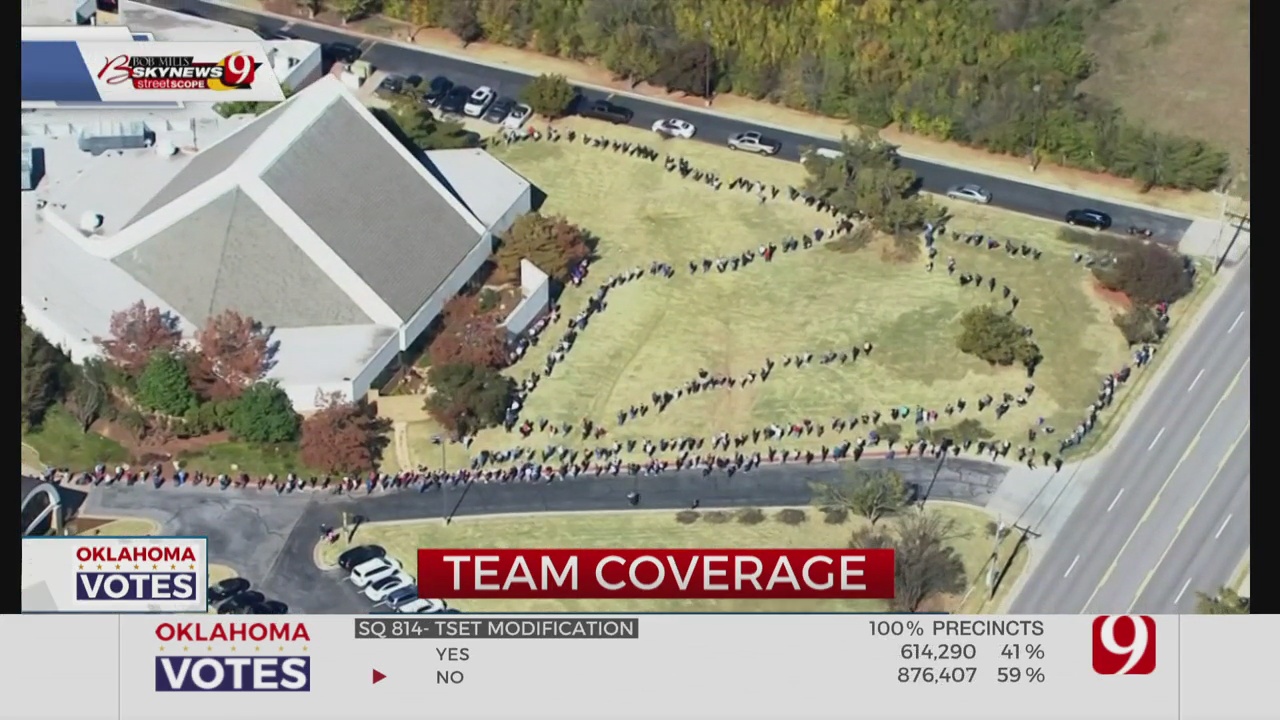 Oklahoma set a possible record for voter turnout with more than 1.5 million votes in this election.

It's important to note that these are the unofficial results. County election boards will certify their results on Friday, and the State Election Board will certify results next Tuesday.

The state is crunching the numbers currently.

They say this is the highest voter turnout Oklahoma has seen in 20 years at a little more than 1.5 million votes, beating 2008's turnout.

The state says there's a possibility it could be an all-time high.

The wait for some voters was four hours at the Church of the Servant in Northwest Oklahoma City.

State Election Board Secretary Paul Ziriax says precautions with the ongoing pandemic contributed to that, including social distancing and less voting booths than normal.

He says municipal elections across the state may have slowed voters as well.

He believes most issues were isolated, and the state will be working with county election boards on solutions for the future.

Currently votes are being reported from all Oklahoma precincts, however provisional ballots have yet to be counted.

Mornings With The Mayor: Sept. 29