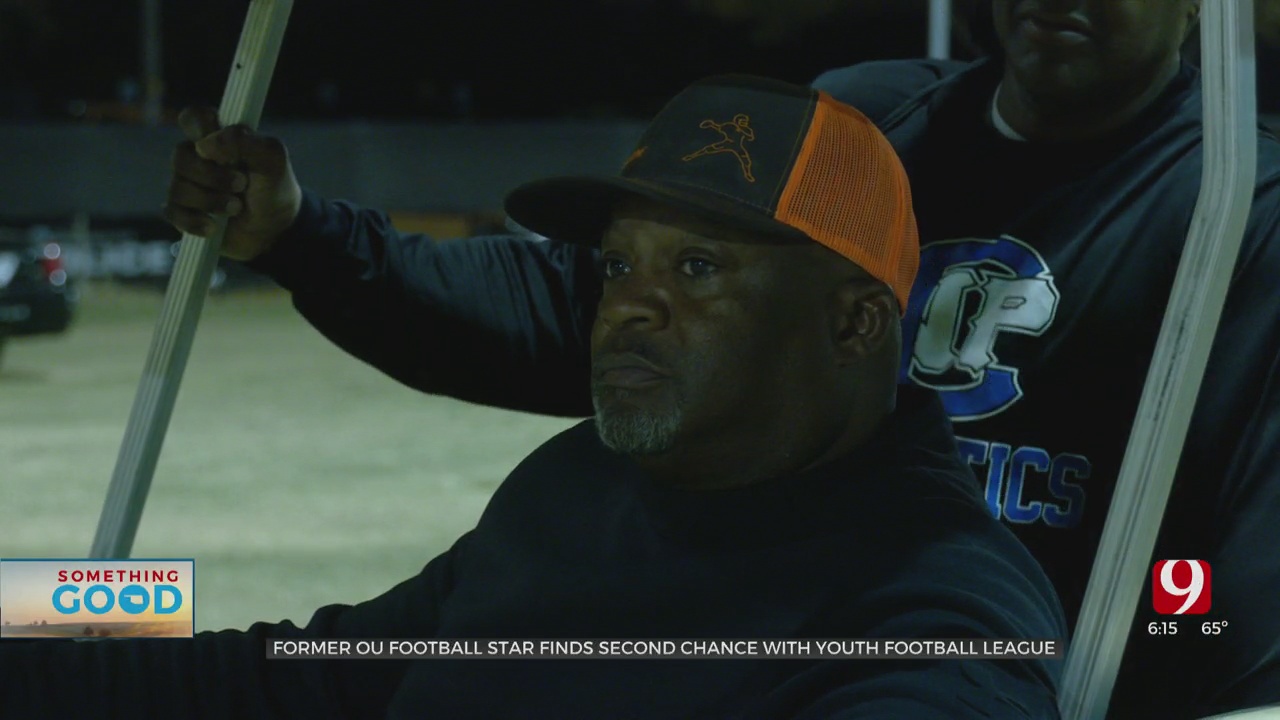 Former OU QB Charles Thompson has learned a lot in the last 30 years.

He didn't lose much on the field for the No. 1 Sooners, but off the field was a different story.

Drugs lead to his downfall. He was very publicly kicked off the team and then sentenced to prison.

"At 19, I couldn't hide anything, I was on the cover of Sports Illustrated. As I got older, I didn't hide from it, I embraced it. I turned what would seem to be a negative story into a positive story," Thompson said.

Thompson has made the most of his second chance.

Twenty years ago he converted some baseball fields at Woodson Park and turned it into what is now a 50 team, 1,500 player gridiron springboard.

Many players have gone on to play college football and some even to the NFL, like Giants wide receiver Sterling Shepard.

“I said to myself 20 years ago, I can never be the coach for the University of Oklahoma, but what I can be to a lot of young kids is that same type of inspirational individual that I was given when I was under Coach Switzer and played for him," Thompson said.

Shunronta McClarty has seen the positive growth in her 8-year-old son.

"He has learned how to strive through adversity. They're figuring out a lot of things, and that adversity is a big thing at this time," McClarty said.

"Without the things I've experienced in my life, both good and bad, I would probably not have the same drive to really come back and make a positive difference," Thompson said. "Hopefully, my legacy is that I've made an impact and a difference here in this community."